When will Season 4 launch on COD: Mobile?

Season 4 of Call of Duty: Mobile is set to launch on May 27th, after the conclusion of Season 3: Tokyo Escape on May 26th; however, Activision has yet to make an official announcement.

What will be the Game Size after the Update?

The Call of Duty: Mobile Season 4 update will be available for Android and iOS users to download from the Google Play Store and App Store, respectively.

There haven’t been many leaks about Call of Duty: Mobile Season 4, however, based on the Chinese version of the game, the game’s long-gone Zombies may make a comeback in the Season 4 update. The famous Zombies map Shi No Numa, which was only available for a brief time in 2019, may be seen in the lobby’s backdrop.

As is customary in the lead-up to a new season, a slew of leaks and rumors emerge, possibly exposing some of the new content that will be available in Season 4.

So far, it is unknown whether the developers would include it in the global release, but given the buzz, they may go ahead and do so, since a major update has been long overdue, and Season 4 may be the right moment to do so.

Season four, on the other hand, will bring a lot more material to the game. This is because Activision publishes a huge upgrade to the game every two seasons with a slew of new features. This significant upgrade coincides with the start of a new Rank Series in the game. With the fourth season, the Rank Series two will also begin. 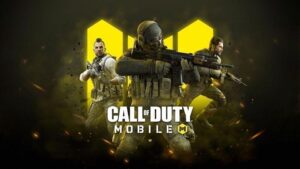 A new season will, as usual, deliver a brand-new Battle Pass with brand-new content such as new Operators, Parachutes, and much more.

A lot of the content will center around the season’s theme, so be sure to come back to find out what the topic for Season 4 will be!