Maidaan Movie Budget: The movie depicts the “golden era of football “. This movie is the biographical movie of the Famous Indian football coach “Syed Abdul Rahim’. He is also known by the name of “Rahim Saab”. Ajay Devgan plays the lead role in this movie. The major zonal of the movie is in the Biography/Drama/History. 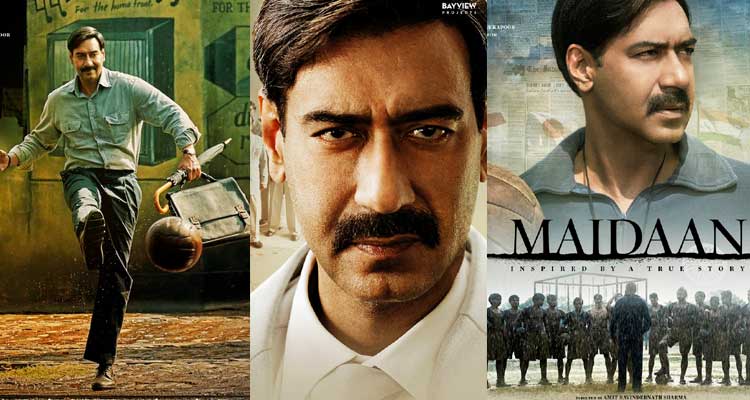 Shooting started on August 19, 2019.  While choosing the lead actress role opposite Ajay Devgan, Keerthi Suresh (who is the national award winner and was the first choice of the filmmakers). But she looks young for the mother role, So makers select Priyamani the well-known South Indian Actress who grabs this role.

Music Composition – Allahrakka Rahman (A.R Rahman) is the lead musician who gives music in the movie.

According to the sources, the budget of the movie is approximately 185 crore.

This movie was scheduled for October 15, 2021, worldwide release but changed due to Covid-19, then again decided to release on June 2022 but was canceled because of the Pandemic. Now, Ajay Devgan shares an official poster on different social media platforms and 12 May 2023 will be the date of release. 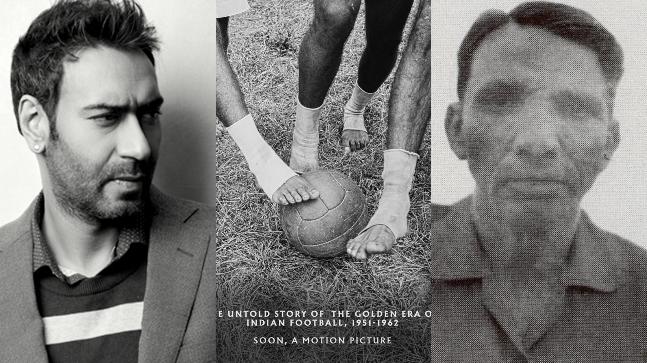 He was the Football Team Coach and Manager also known as the “Architect of Indian Football’. He was born in 1909 in Hyderabad, where he was called ”Rahim Saab”. From 1950 till his death he worked for Indian National Football Team. Before Football Coach, he was a teacher by profession and a great public speaker.

During his tenure as a Coach, recognized as the “Golden Phase of Indian Football ”.  In the 1956 Melbourne Olympic Football Match under his guidance, the Indian team reached the semi-finals and become the first Asian nation to reach this milestone.

As a good motivator, he delivered his coaching to the Hyderabad City Police from 1943-1963. In the year 1951, India won Gold Medal in Asian Games. Under his supervision, India won First Gold Medal by beating South Korea in the year 1962 and this was his last success and match.

Football is the third most played activity in India after cricket and kabaddi. India hosted its first FIFA event in October 2017 (FIFA-U17 World Cup ). There were six-host cities where the matches were played and the final taking of the match took place in Kolkata at the Salt Lake Stadium. The idea of football sport generated in England and with the passage of time it spread to Europe and across the Atlantic.

The popular and dynamic actor of Bollywood who plays the lead role in the ”Maidaan” movie shares his review on Twitter by quoting that ” This movie is the story of Golden Phase of Indian Football” and ”Regarding his successful coach”.

The famous film director and filmmaker. He got famous for his movie ”BADHAAI HO”, which was released in 2018, and earned 220.34 approximately as of December 2018. His first movie debut was “Tevar” which was released in the year 2015. In the movie, Arjun Kapoor, Sonakshi Sinha, and Manoj Bajpayee played lead roles.

Amit was from Punjabi Brahmin Family. His mother and Father both were professionals and died in a car accident in 2008. He married at the age of 21 and he has one son. He started his career as an actor and after that started directing movies.