So in this post, we will see all about the Blue Archive JP 2nd Anniversary when it will the show start, and a lot more. 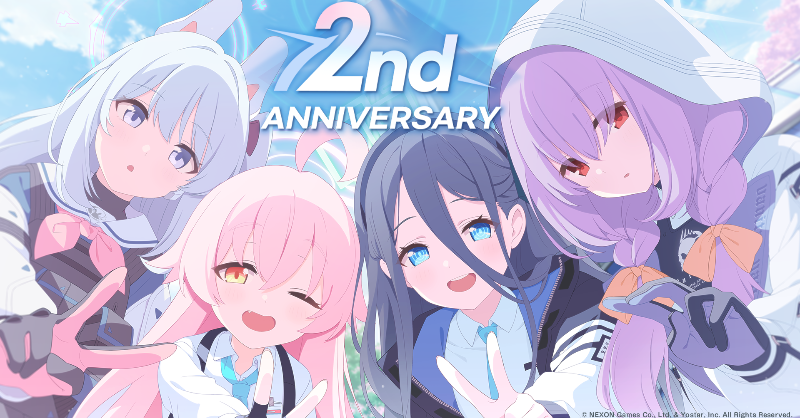 When Will The Blue Archive JP 2nd Anniversary:-

On January 22 means today, The Blue Archive 2nd anniversary stream will go live. Fans anticipate seeing a sneak peek of fresh material, potentially even with brand-new characters. In summary, the live stream is a huge celebration of the widely popular game, which is always evolving.

The programs range from panels that recall the main plot elements, significant events, and other significant moments in the game’s history to a pop quiz on Blue Archive trivia that visitors may play to win exclusive stickers. A massive Peroro that stands at roughly 16.5 feet tall is located in the center of the venue.

This will undoubtedly be one of the festival’s key draws and provide participants with a tonne of photo opportunities. Quizzes, photo booths, and merchandising are just a few of the many things that fans can participate in. Visitors can also view the unique panels that will be talking about the game in general.

Where does The Blue Archive JP 2nd Anniversary Take Place?

In Akihabara’s Bellesalle event space, the Blue Archive JP 2nd Anniversary celebration will take place. The venue’s two levels will be devoted to the event space.

Everyone is welcome to see the exhibition area on the first floor, but a ticket is needed to enter the main stage, which is on a different floor. Tickets cost 2,200 Yen each, or roughly $16.50 USD.

The live broadcast for Blue Archive JP 2nd anniversary will take place on the main stage. There will be voice actors for numerous characters on the guest list. Additionally, there will be an announcement of the anniversary plans in-game.

It’s a complete festival, not simply a live feed. There will be an in-person gathering for the celebration in addition to the global audience being able to watch from home. It will be interesting to watch how it ends out since this is the first project of this scope that Blue Archive has undertaken.

In addition, there are numerous advertising efforts built right into the game itself. As was announced during the second anniversary, a TV anime version of a Blue Archive mobile each game is coming.

To mark the announcement of the anime adaptation, a teaser image of Arona was also made public. A website devoted to the anime would be unveiled soon; the staff and the launch date have not yet been disclosed.

Previous article
Maidaan Movie Budget, Release date, Cast and Trailer
Next article
How To Get Kecleon Pokemon Go 2023 – Get It!