The most notable feature in this edition is presumably Dehya. A potential 5-star Pyro Claymore character. Along with these adjustments, the update will also provide a new Archon quest and a special Claymore for Dehya. If you want to know everything that will change in Version 3.5 of the game, we have put all the information in one place for you here.

If that wasn’t enough, Mika might also be playable in the 3.5 Version upgrade. This is unquestionably good news for Travelers looking to add another 4-star Cryo character to their roster.

With each new patch, the creators give gamers enough to anticipate by introducing a few new characters, banners, banner repeats, new map parts, events, antagonists, and much more. The Genshin Impact 3.5 update, which could debut at the start of March, operates similarly.

Read Also: How to get Christmas tree suit in Roblox 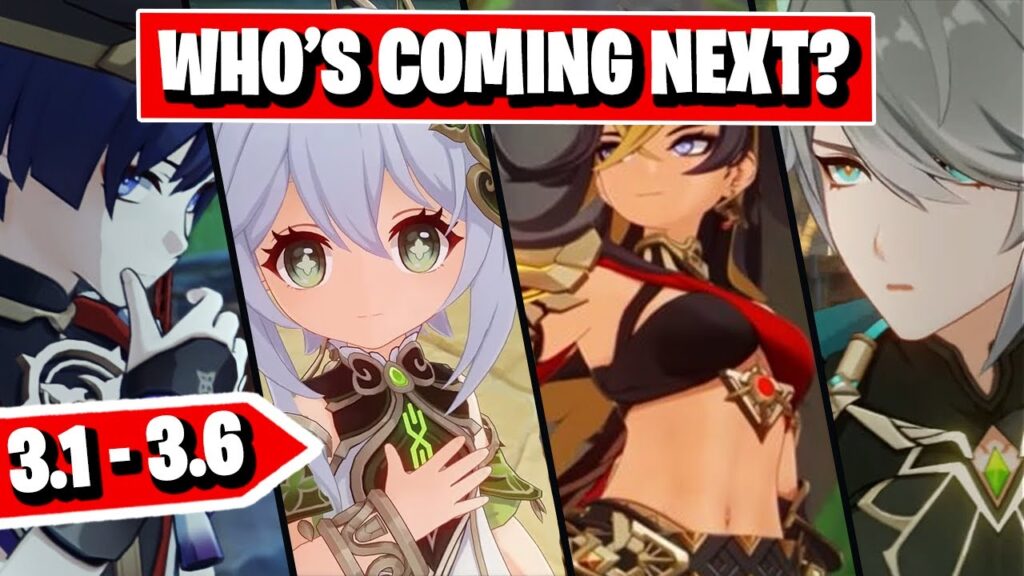 The dataminers and leakers that work around the clock and take risks to reveal crucial information before the official release are to be commended despite the fact that we lack official information.

The future geography, characters, banner reprints, and other potential information for Genshin 3.5 have leaked. Before getting into the specifics, it’s critical to remember that these are not authentic beta leaks. Thus you should treat anything that follows with caution.

It’s also rumoured that the Anemo character Faruzan will have her own Hangout event that visitors can experience. There isn’t a lot of information currently accessible about the game’s developments, but according to UBatcha, Travelers can look forward to version 3.5’s inclusion of a new Archon quest.

Leak from Genshin Impact UBatcha suggests a new Archon quest that will be implemented in version 3.5 in addition to an event with the name “PacMan” that is included in the game’s files. Although it’s unclear exactly what this alludes to, more details are certain to emerge as the launch date draws near.

Not to mention that Fabulous Fungus Frenzy, a creature collection event modelled by Pokemon, will also be returning in version 3.5, according to a recent leak. Since its introduction in version 3.2. This event has been widely accepted by Genshin fans.

Although HoYoverse hasn’t made an official announcement regarding the Genshin Impact 3.5 upgrade release date. Leaks suggest that players will be able to try it at some point at the start of March.

According to the standard schedule, Genshin 3.5 is scheduled for release on March 1st, 2022. Before confirming the Genshin 3.5 leaks, it might be advisable to wait until after the January 18th, 2023 Genshin 3.4 update has been released.

We have some knowledge of Dehya’s personality and position in the present game because a few people have mentioned her. Dehya, a much-anticipated character, has so far had her image leaked. It is said that she would be skilled with a Pyro Claymore. Dehya is said to move like a ninja when in the bladestorm condition literally vanishing in and out and able to phase past adversaries.

Players were initially exposed to Dehya in version 3.0 via a brand-new Sumeru preview teaser. But there haven’t been any current updates from the game’s developers addressing the imminent playability of the character.

Mika is a 4-star Cryo Polearm with a Short male model, but that is about all that is known about him. Even though Genshin Mika’s exact powers haven’t been revealed. There have been a few leaks that indicate he is in fact quite strong and has the ability to move massive items.

Although text leaks were the main source of information about the character known as Mika, Yuuko Sanpei, Mika’s Japanese voice actor. Was also made public during the official 3.1 Livestream.

However, leakers have made the complete Mika model from the beta files available. Portraying him in the cutest way imaginable. Mika’s short, untidy blonde hair and navy blue long-sleeved coat immediately give off the proper impression of a kingdom heart’s character.

That is all there is to know at this time regarding the Genshin Impact 3.5 update. For all the most recent news and guides, make sure to visit our Genshin Impact page in the interim.

How to Unlock Free Arctic Adeline Skin EARLY in Fortnite

How to get Building 21 Access Card DMZ Location Guide