Frosty Fest will be accessible in Rocket League for the sixth time in 2022. Frosty Fest, which first took place in 2017, is a celebration that both heralds in the winter season and gets everyone in the spirit for the holidays.

Things are heating up and cooling off in Rocket League. This is because Rocket League’s Season 9 has already begun, and its main themes are fire and ice. Along with all the other new features that Season 9 will bring, one of the best Winter Events in Rocket League will be back. That would be Frosty Fest.

Read Also: How To Get Rocket League On Steam 2022? 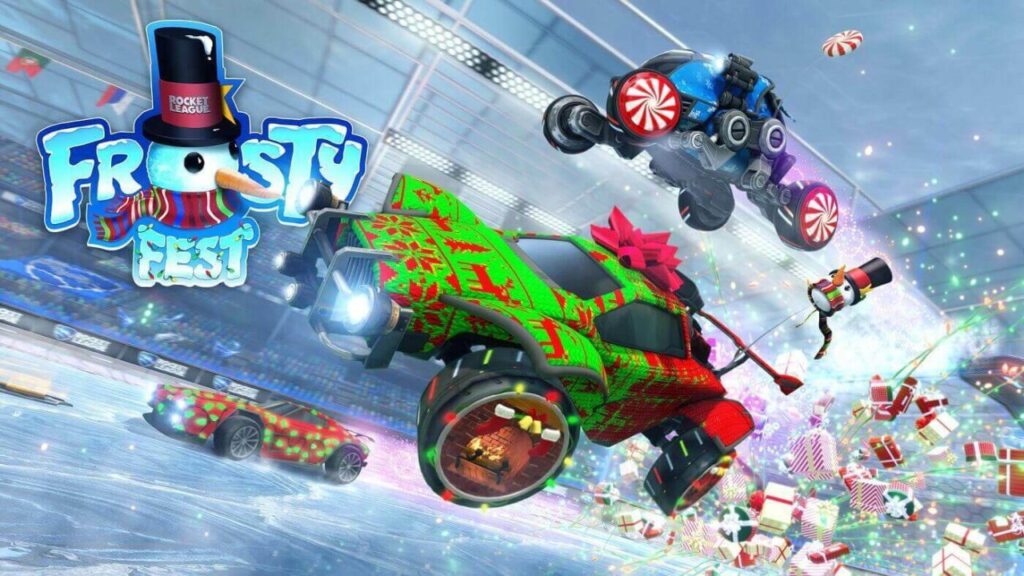 For many gamers, the holiday season is the best time of the year, therefore it goes without saying that Rocket League would like to celebrate it. From December 14 until January 3, 2023, there will be The Frosty Fest, complete with gifts, snow, and all the other wintery trimmings. Maybe there will even be a big fireworks show on New Year’s Eve?

Ah, Lofi Hip-Hop Radio on YouTube—who hasn’t heard of it? Probably the majority of you have listened to the comforting sounds, which instantly make you feel cosier inside. Rocket League’s player anthems are among of the sexiest you can find in the Item Shop now that the beats have arrived.

You may constantly anticipate new Rocket League events to bring fresh challenges and prizes. For completing a couple of the novel tasks that Frosty Fest 2022 presents, you will be rewarded.

Theme-wise, every present you get is either Lofi Girl- or winter-related. Wheels, toppers, decals, player flags, and numerous other items with a winter theme are to be expected from Lofi Girl.

The Frosty Fest 2022 event will also see the return of Golden Rewards. Similar to Golden Rewards in the past, you can only earn a maximum of five Golden Gifts.

With each Golden Present you acquire and unwrap, you will get a gift from the Elevation Series, Vindicator Series, or Player’s Choice Item Series. Since completing the Golden Rewards challenge is normally not too difficult, it is well worth grabbing a few items for free from the aforementioned three series.

You can play “Winter Breakaway” beginning on December 14 and continuing until December 21. In the hockey-based game option Winter Breakaway, you can engage in 3v3 combat on a snowy retro arena. The ideal kind of game mode to begin this event

On December 21, Winter Breakaway will formally leave the game; however, “Heatseeker Ricochet” will premiere and continue through December 28. The Rocket League community should be familiar with heatseeking game types, but this one will have a wintery vibe to it.

As soon as you touch the ball in this game option, it shoots toward your opponent’s goal and vice versa until the ball is scored. It will be more difficult to block shots when each goal is played out as the ball moves faster.

For those who are unfamiliar, Knockout is the Battle Royale game mode that is featured in Rocket League. The objective is to simply be the final person standing out of the eight players. You can attack, block, and grab the other seven opponents. Both a ball and a goal are absent. To win the game, just attempt to be the last car standing.