The Mrbeast Fortnite Skin is one of the most notable feature in the Fortnite Chapter 4 Season 1. Jimmy Donaldson is the real name of Mr beast who creates the content in his YouTube channel. However he is not the only famous influencer in the new Fortnite chapter 4 Season 1.

Additionally, Chapter 4 Season 1 of Fortnite will also feature The Hulk, Doomguy, as well as Geralt of Rivia. Mr beast Fortnite Skin and Also Hulk probably won’t be Battle Pass-only characters, according to leakers.

Once the downtime is over, they will be available for purchase in the item shop. Lets know more about the Mrbeast Fortnite Skin, thise how don’t know about him. And i assume there is no one how didn’t heard about Mrbeast. 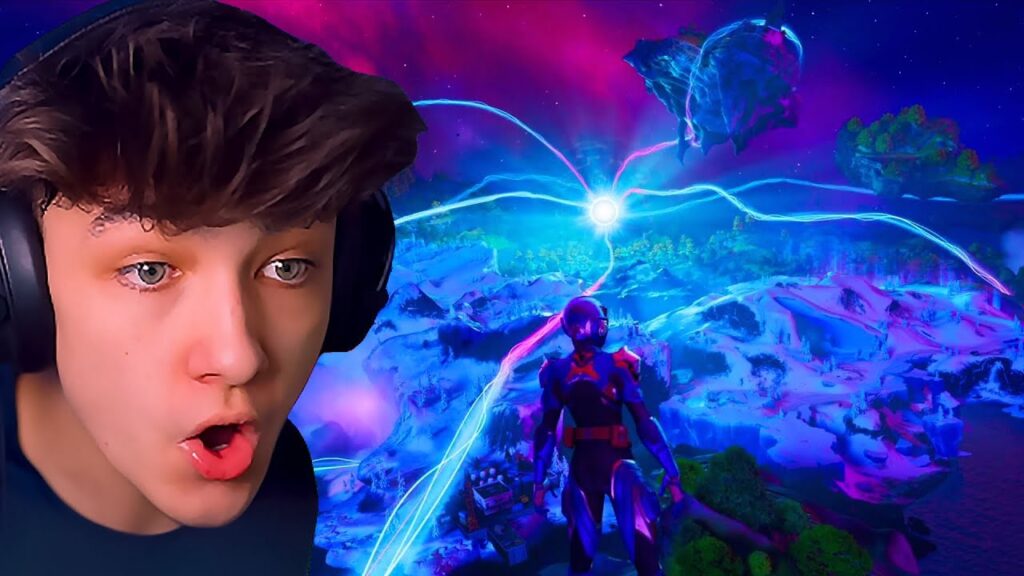 More About The Mrbeast :-

Mr beast is one of the world’s most well-known content producers. Epic Games and him have worked together on Fortnite Battle Royale as a result of his popularity. Jimmy Donaldson, the video creator’s true name, having 115 million subscribers to his own YouTube channel.

Mrbeast is the well known personality and is doing very in his life.  Therefore include him in the gameplay is the correct choice.

Their Fortnite Chapter 4 Season 1 teaser, which showed off a lot of the new features coming to the game. With new chapter, is when the Mr beast Fortnite skin is being notice.

Mrbeast is briefly mention at the event. Which prompted many people to speculate that we would soon see a Mrbeast Fortnite skin. And The “A New Beginning” teaser shows Mrbeast being pulled onto the new map at the 49-second mark.

However all, an ICON series gear has never been included in a Battle Pass before. During the first month in Fortnite chapter 4 season 1, it’s probable that we’ll find Mrbeast Fortnite Skin in the item shop.

When Will Mrbeast Fortnite Skin Be Releasing?

Mrbeast Fortnite skin is already establish, however he might not show up until 2023. Additionally, Epic Games might option to include him in the new Battle Pass. It makes perfect sense to incorporate the YouTuber into Fortnite.

And this cooperation should be a huge success due to his millions of followers everywhere. At the FNCS Invitational 2022, Epic Games even advertised MrBeast Burger. In this live competition in November, a lot of Fortnite players are thinking Mrbeast Fortnite skin will be make public.

Despite the fact that his skin is not being leak yet. However Mrbeast Burger’s promotion by Epic Games suggest that he will eventually add to the game. It’s essential to note that we will be unclear of the precise date of Mr Beast Fortnite Skin game release.