Tower of Fantasy 2.4: The trailer for the upcoming Chinese release of the MMORPG Tower of Fantasy was released. The update will be implemented between December 15 and 22 at the beginning of the year.

The previously disclosed Innis site, where the players will allegedly travel, is visible in the film. This is another brand-new character that is available via the gacha system. Recall that the Confounding Labyrinth, the Battle Royale mode, and Lin’s heroine were added in the most recent update 2.1 for the global release of Tower of Fantasy.\ 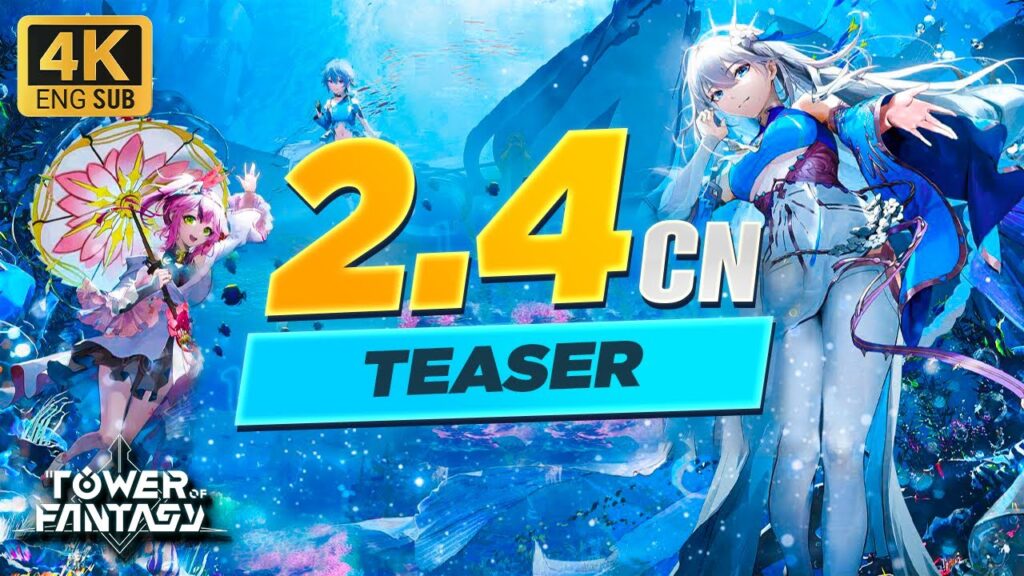 Saki Fuwa is seen in the current Tower of Fantasy event banner, which also contains banners for her Dynamic Mindfulness weapon and Heartwalker matrices. The time frame for it is November 10 until December 2, 2022.

The probability chances for both Saki Fuwa event banners are the same as those for the regular Choice Weapons and Choice Matrices banner. The additional restriction is that there is a 50% chance that the SSR weapon or matrix you get from the relevant limited banners will be Saki Fuwa.

Limited Tower of Fantasy replicas will eventually transition from event banners to the standard banner pool. As we know from the RPG game’s Chinese translation. This saves you from having to wait for banners to come back if the luck wasn’t on your side the first time. But it also means that they will no longer have the 50/50 chance that comes with limited event banners.

Using either the gold nucleus cache or the black nucleus cache. You can make a wish on the Choice Weapons banner. However the likelihood of finding anything worthwhile varies greatly. While both black and gold nuclei may be found on the Tower of Fantasy map, black nuclei are far more plentiful, and you’ll find using black nuclei to produce a full ten-stack Special Order is much simpler than using gold nuclei.

If you’re interested in learning more about what else the open-world game has to offer. You must be a particular level to access it, so if you haven’t gotten there yet. Check out our Tower of Fantasy levelling guide to advance even more quickly.