Joni The Red Fortnite: With the conclusion of Fortnite Chapter 3 comes a brand-new crew bundle for December. Mixed opinions were given to the crew pack released last month that included the famed The Inkquisitor of Grim Gables.

Since Fortnite Crew was released in 2020, players have received a cosmetic set, 1000 V-Bucks, and the Season’s Battle Pass in exchange, or 950 V-Bucks if they already have the pass.

However, the history of Crew Pack skins has been somewhat uninteresting because few players were happy with how the cosmetics looked and few were bought. This time, Epic is back with great expectations and a Crew Pack skin that includes a fascinating figure in addition to a re-released Crew Legacy set with reversible pickaxes.

The newest member of the Crew Pack and a member of the “High Stakes Club” for vampire hunters is Joni The Red. Here are the qualities it has and how gamers can obtain it. 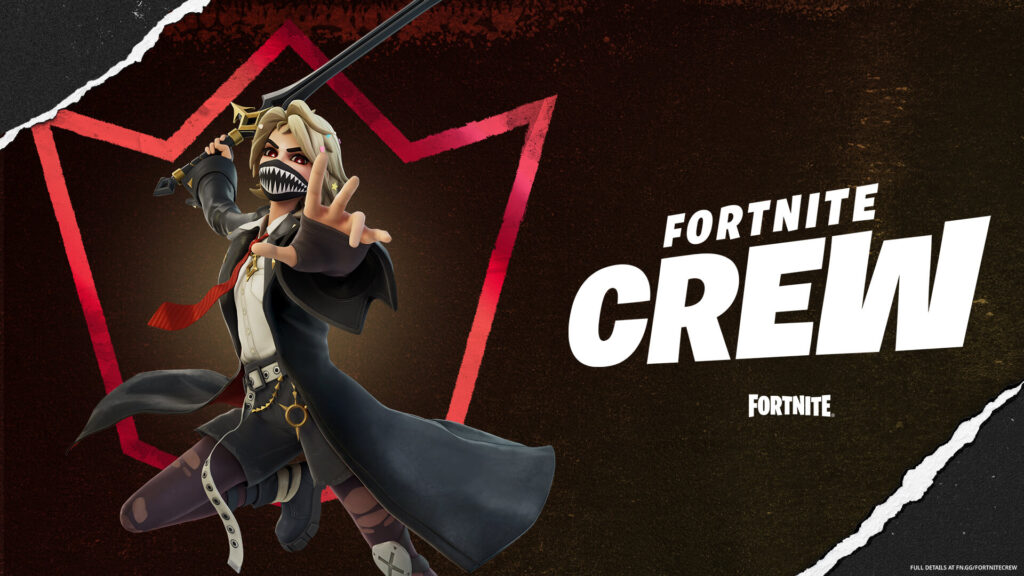 December A Tactician named Survivor and a Vampire Hunter from the High Stakes Club named Joni The Red will join the Fortnite Crew on December 1. By becoming a Fortnite Crew subscriber, players can obtain the skin. It has a $11.99 monthly fee and is cancellable whenever consumers want to.

Additionally, the skin will have features that allow you to switch the glasses, mask, and hairpins on and off. The pack won’t, however, give subscribers just a skin. It includes a comprehensive cosmetic set that includes the following extras:

Additionally, more information about upcoming characters connect to Joni The Red is reveal in the loading screen and the official blog article about the pack on the Fortnite official website. The High Stakes Club may soon gain a new member, Epic hinted in the same blog post, and it may happen sooner than loopers anticipate.

Following the discovery of this specific information, loopers postulate that a Vampire Hunting Club member may be include in the Chapter 4 Season 1 Battle Pass, which is schedule to be release in the first week of December, just a few days after Joni The Red enters the game.

Although there haven’t been many leaks concerning the Battle Pass for the upcoming season. Rumours are still rampant in the community.

Players will also receive access to The Photonic Legacy Set. Where they may assemble a personalised pickaxe in addition to the Crew Pack skin and cosmetics. Here, they’ll be able to access one more Stage of the Photonic Legacy Set for a total of six Stages up to six months in a row. However, this is taking into account the fact that they actively subscribe to Fortnite Crew each month.

However, after Stage 1, which is immediately accessible. They become available on the last day of every month at 8 PM EDT / 7 PM EST. When players receive their monthly Crew Pack while subscribed.

Up until Stage 6, when players have additional configurable options. To set the wield style and colour of the pickaxe. The remaining stages become available with each subsequent month that one is a Crew subscriber. Nevertheless, as Chapter 3 comes to a close and the Fracture live event gets closer by the day. Fans are eager about the most recent Crew Pack to enter the game.

How to Complete Avian Ambush Week Challenge in Season 4