Path to Nowhere MZ-03: Starting off, conquering the game’s main storyline will be one of the primary ways for players to get these tasty hypercubes. Accessing the tale stages will be possible if you go to the Discity tab.

There will be 8 or more chapters in all, and if you click on each level, further files will be available for gamers to view. Nine substories, for instance, will be provided in tale stage chapter one.

The first time you complete each level while completing the standard missions, such killing adversaries, you will receive a total of 35 hypercubes. In addition, there will be a special mission that players can complete that will also reward them with 35 hypercubes.

Therefore, if you complete stages 1-1 through 1-9 in the first chapter, you will receive 70 x 9 hypercubes just for that chapter. 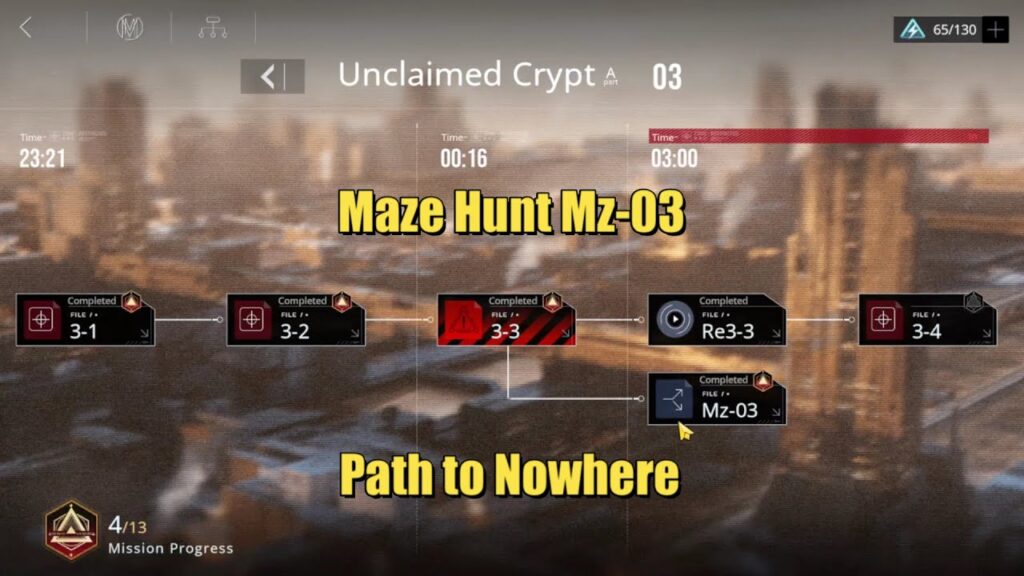 Players will be able to access what is known as a Re-x at the conclusion of each chapter, which allows them to gain a recap of the entire chapter, an ending, and 35 hypercubes. SD-10x stories are side stories that appear in the middle of each story stage and offer 35 hypercubes upon your first completion.

In addition, a maze known as Mz-0x will reward 35 hypercubes upon first completion. This similar strategy can be use with all of the player’s available tale chapters.

The player will be presented with 7 classes, ranging from violence, love, greed, betrayal, limbo, anger, and heresy, if they go to the archives tab and access the libram area.

Other than that, for each unit that you unlock in the libram, you will be able also to gain 20 hypercubes per sinner!

Next, after retrieving your hypercubes from the libram, proceed to the interrogation centre. There, you will see a few sinners waiting in line. As you unlock them, they will include Ariel, numerous Chelsea, Hella, Wendy, Ninety-Nine, Anne, Sumire, Roulecca, Cinnabar, and more.

Clicking on each sinner’s interrogation file will open an interrogation letter. Once you’ve finished questioning a sinner. You may use an identification investigation record to get your prizes, which total 50 hypercubes.

Let’s move on to the sinners themselves. Discuss how to farm them in order to obtain as many hypercubes as you can. Players will learn that there are a total of 3 promotion phases. They may access for each sinner if they click on any sinner and then go to the promote tab.

Now, the reward you can receive for one sinner is merely the 40 + 60 + 80 hypercubes. If you can grind for hours and max out the game (though we don’t advise doing this since it wears players out). You may expect to gain 180 x 45 and more hypercubes. Because there are currently 45 sinners in the game and more are on the way.