New World Medium Armor Combination: In the MMORPG Amazon’s New World, armour has a significant impact on how your character performs in general.

It not only offers mitigations but also controls how fast or sluggish your character moves during battle. Through the usage of perks and gem slots, armour in New World can also grant your character with unique bonuses and extra attribute points. In our New World Armor Guide, we go over all of this and more. 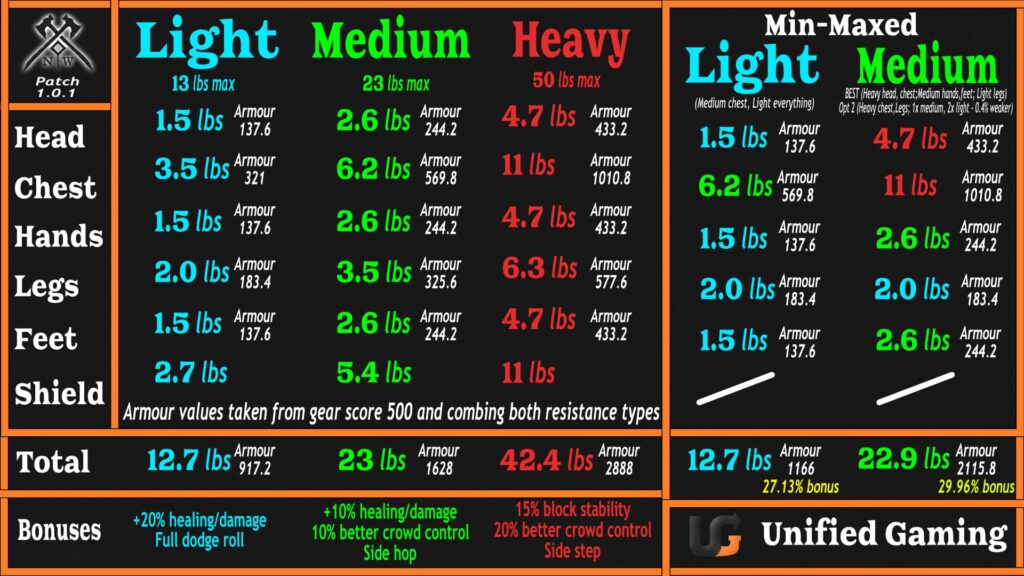 Also worth noting is that higher rarity gear has a lower level requirement than lower rarity gear with the same gear score, which makes the rarity of gear even more valuable.

There are different gear rarities in New World, and armor is no exception. The progression of rarity in gear is as follows:

You receive one rarity point for each armour perk. There are a total of 5 possible rarity points, with a gem slot and qualities also counting as rarity points. An item will be considered a Legendary item if it has a maximum of 5 rarity points. Additionally, the gear score will be higher within the tier range of the gear the rarer the item. Each level of rarity is accompanied by a certain number of benefits (also known as rarity points):

It’s worth noting that there can be either 1 or 2 attribute bonuses associated with a piece of gear, and both 1 and 2 attribute points are considered 1 rarity point.

In New World, gear score is important to the overall strength of your build. Gear score follows a range per tier of gear:

The two sorts of resistance that make up amor in the New World are physical and elemental. All physical damage types, including melee, ranged musket, ranged bow, axe throws, etc., are lessened by physical resistance. Elemental resistance lessens the effects of all forms of magic damage, including fire, void, lightning, etc.