Fortnite The Last Reality Problem: Recent leaks revealed a vast collection of Fortnite survey skins. The community is actively involved in character and skin design, therefore it is always a pleasure to see more of them. It’s always a mixed bag of anticipation when it comes to survey skins. However, as of right moment, conjecture reigns around the precise skins entering the game and their anticipated release date.

Some lore keepers, like FNChiefAko, believe that the new survey skin may be yet another representative of The Last Reality. Remember that this is just a theory. While to some this may sound absurd, gamers will remember that The Origin was originally a survey skin. 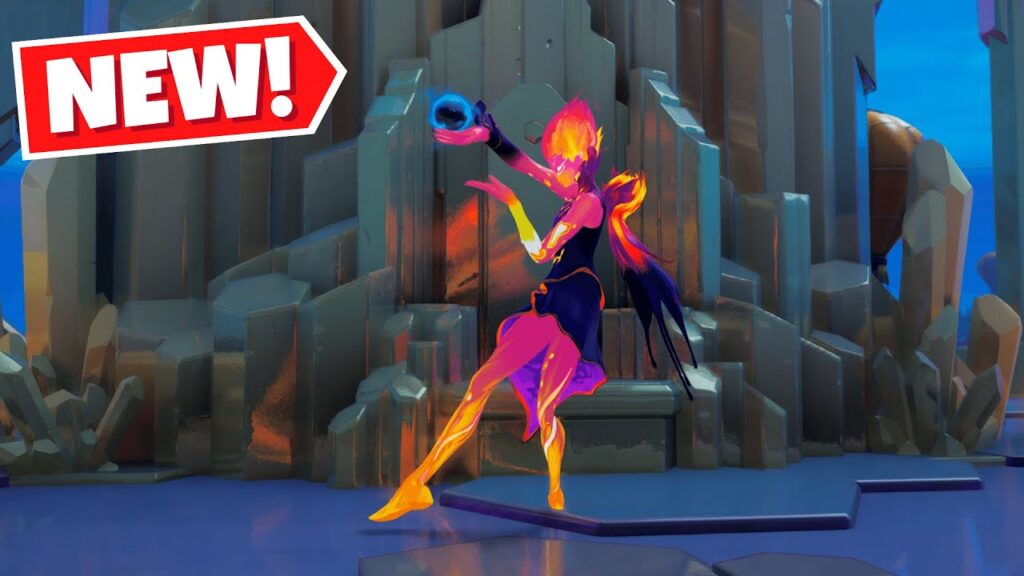 The newest member of Last Reality might be a Fortnite concept skin:

This rumoured Last Reality skin/character looks a lot like the Cube Queen and The Origin’s design. It has the same symbolic design features as the other members of The Last Reality, a bright blue flame glowing over its head.

There is no way of knowing how many more members there are given how large this faction is within the metaverse. This skin/character, like The Herald, might also turn out to be an enemy in some upcoming seasons.

According to a different idea, this skin or persona could represent the first appearance of The Nothing. It has been hypothesised that this entity bestows particular characters with their unique talents. This could be our first glimpse of the entity because it has no known face.

But as of right now, everything is all conjecture. Epic Games still has a lot to reveal now that Chapter 3 Season 4 has entered the chrome phase. When Fortnite Chapter 3 Season 5 debuts, more specific details will probably become accessible.

What is The Last Reality?

The Last Reality was presented to the community in Fortnite Chapter 2 Season 7. The Kymera, a species developed by fusing diverse DNA from unidentified sources, make up this faction.

They can field armies that rival the might of the Imagined Order and possess the most potent navy in the metaverse. The IO was powerless to resist when the invasion first started.

Even when strong weaponry like Rail Guns and Pulse Rifles were made available, they couldn’t compete with Kymera’s advanced technology. It seems sense that Doctor Slone would wish to use any means at his disposal to destroy their Mothership in order to halt the second stage of their invasion.

In Chapter 2 Season 8, Cube Queen, the commander of The Last Reality, led the assault on reality. Although she could currently be beaten, according to lore, she is planning a comeback. Supposedly, until she’s ready to return, The Herald is ruling in her place and in charge of another invasion.

The island is now at the mercy of chrome and is slowly being devoured after The Seven were vanquished and The Paradigm fled to her world for assistance. There are sure to be a few surprises in Fortnite Chapter 3 Season 5. Hopefully, a couple will be made public during downtime or shown out during the upcoming Chapter 3 Season 4 live event.