The Best Films About School: Top 10 Films Worth Watching

Do chemistry, physics, and geography give you nightmares? Do you associate the bell with the end of classes and time spent gossiping and playing games? Homework depresses you and class parties let you go wild? Then the following list is just for you.

Ranking of The Best Films About School 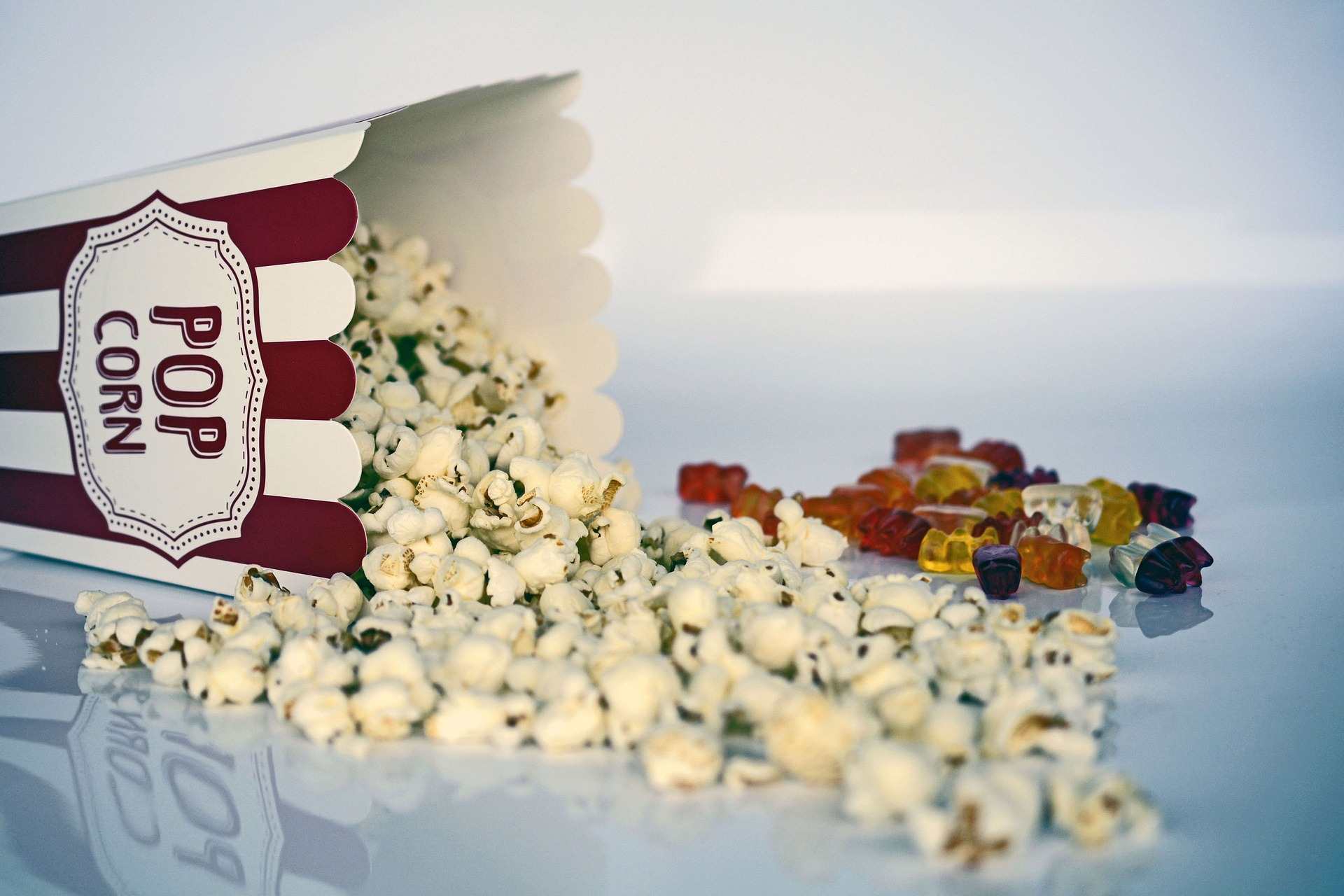 School is one of the most universal human experiences. Children and young people in every latitude are forced to learn to write, read, count, and learn about history and other subjects that will supposedly be useful to them in their adult lives. It’s here that they make friends with whom they often keep in touch for years. It is here that the experiences gathered shape who we will become in the future.

It is no surprise, then, that so many films about school have been made that no single ranking can show the best of the subject. So treat the following list by case study writing services as an indication of the representatives of certain genres and types of stories for which school is the backdrop. There have already been so many stories about teachers alone that we have dedicated a separate ranking to them: the best films about teachers. Of course, school is also often used in TV series, so we have also included a ranking of this type: the best TV series about school.

‘Dead Poets Society” is a classic of the genre. Robin Williams played Peter Weir’s character so convincingly and movingly that, to this day, the teacher he plays remains every student’s unmatched role model and dream. With patience and incredible charisma, he manages to teach teenagers a deep love of poetry and how to enjoy life. “Dead Poets Society” also shows that films for teenagers can contain darkness and pose difficult questions about the consequences of following the path of individualism. “Dead Poets Society” also teaches that there is no such thing as boring subjects, there are only possibly boring teachers.

Filmmakers love outsiders and outcasts. Also, those who go to school. The protagonist of the film ‘Charlie’ is Charlie (Logan Lerman). The boy is a shy, alienated teenager who has just started high school. He doesn’t have it easy in his new place. He doesn’t fit in with any of the groups, and his unconventional views don’t make the process of fitting in any easier.

First love experiences, the suicide of a friend, relationships in the family, drugs – all this Charlie struggles with alone, until his intelligence and sensitivity are noticed by Sam (Emma Watson) and Patrick (Ezra Miller). “Charlie” is a screen adaptation of a book that, in many states in America, teenagers are not allowed to read without adult supervision. And all because of the topics covered in the book, which they may encounter in real life, but apparently cannot read about.

For those hoping to include ‘High School Musical’ in our list of ‘best films about school’, we must unfortunately disappoint. If any musical should already be included in the top ten films set in a school, in our opinion it should be the legendary ‘Grease’. The film was based on the stage musical in 1978. Danny Zuko (John Travolta), leader of the T-Birds, spends a romantic holiday with Sandy (Olivia Newton-John), who lives in Australia.

They swear their love to each other and part ways, she is told to leave. Completely unexpectedly, she stays in the USA. They meet again at school – Rydell High. However, Sandy, a well-adjusted spinster, does not fit Danny’s image at school. Sandy tries to become one of the Pink Ladies and be Zuko’s girlfriend again.

Films about school are often combined with the theme of sport. American football or basketball stars often parade around the school like the proverbial alpha males. We, however, have chosen a film about a slightly different sporting competition for our ranking. “Team girls” is an excellent youth comedy that could not be missing from the “best films about school” list. The main character is a young, ambitious girl attending Rancho Carne High School in San Diego.

She is part of the cheerleading squad competing for the state championship title. Preparing for the finals and competing between the teams takes a lot of work and effort, and is not without disappointments and failures. The beautiful girls, excellent dance choreography, upbeat music, and humor brought unexpected success to the film abroad. More films were made as a result, and those taking on future film stories about the school were often inspired by the story elements seen here.

American high school’ is the mythical place of initiation into adulthood. It is so central to the culture there that high school graduation is one of the most universal themes. The film ‘American Graffiti’ is a prime example of this. Part comedy, part drama, it is the story of a group of teenagers who have finished school. Their last holidays as children are behind them. They are about to start university or embark on another journey toward adulthood. “American Graffiti” is an intelligent collective portrait of a generation growing up in the 1970s and a perfect example of the fact that before George Lucas lost himself for good in the Star Wars world, he was a really promising director

Many stories are set in a school, including some that spice up horror and thrillers. The best example of this is ‘Carrie’. This film is an explosive mix of horror and psychological drama about the nightmare of adolescence. The brilliant Sissy Spacek plays a teenage girl endowed with psychokinetic powers who is raised by her single mother, a religious fanatic. When the girl falls victim to a cruel prank by her peers at her prom, all hell on earth breaks loose. The screenplay for the film is based on Stephen King’s best-selling novel.

A school is a place where teenagers are taught rules of behavior. However, teenagers soon discover that the ideals they are taught have little to do with real life. Adolescence turns out to be a chaotic time, and adults become a source of disappointment, shame, and frustration. This is how rebellion is born. Every film generation has its own tale of youthful rebellion.

However, the role model is still ‘Rebel Without a Cause, which is set in a school and other places visited by teenagers. We have everything here: the story of first love, the discovery (and concealment) of one’s identity, disillusionment with the adult world, and competition for position and favor in the peer group. Teen films owe their existence to ‘Rebel Without a Cause.

‘Gifted’ has won the hearts of millions of viewers around the world. And no wonder. It is, after all, the story of a man raising his sister’s daughter alone. The girl is a genius, but her foster father wants to give her a normal childhood. Therefore, he wants her to go to a normal school. The girl’s grandmother does not agree with this. She decides to take over parental care in order to transfer the child to a school for gifted youngsters. “Endowed” is a touching story about parental love. The film is also worth watching because of Chris Evans’ performance. The actor shows that he is more than just playing the role of Captain America.

Films about school do not have to be stories about teenagers. And the adventures of a first grader do not necessarily mean that we are watching a teen film. Just think of Justin Chadwick’s 2010 film. The titular freshman is an 84-year-old resident of a Kenyan village. When he learns that the authorities offer free education to anyone who can prove their citizenship, he decides to finally learn to write and read. His appearance at the primary school causes consternation. Numerous people will do anything to have him removed from the classroom. The teacher takes the side of the unusual first-grader. Chadwick’s story really happened.

The end of high school has been an excuse for more than one party movie in American cinema. In our opinion, one of the best is the story of three friends, Seth (Jonah Hill), Evan (Michael Cera), and Fogell (Christopher Mintz-Plasse), who try to get into a party where they intend to ‘get laid’. It’s vulgar, rubbishy, and hellishly intelligent. This film is a clever story about growing up and childhood friendships, but also an absolute carnival of bad taste jokes. ‘Superboy’ is an exemplary comedy and youth film in one. It set the direction that buddy comedies about teenagers are still following today.

Previous article
Fortnite Skin Gifter: How to Use It?
Next article
Reaper Crosshair Overwatch 2: Best Crosshair