Tower of Fantasy Gray Space Interactive Map: Vera 2.0, a recent update from Tower of Fantasy, introduces a number of new places for players on the Global Servers to discover and explore. In Tower of Fantasy, an enormous desert area called Vera features a parallel realm called Grayspace that gamers can fully explore.

As the name implies, grayspace is only a different aspect of the Vera area that is visually dull and greyed out. The exploration of Grayspace must complete, and there are local Bosses to contend with. This book will therefore explain and lead you through the brand-new, enormous alternative territory of Grayspace.

How to enter Tower of Fantasy’s Grayspace:

The conditions for entering the Grayspace dimension are as follows:

These ‘Grayspace Fissures’ are green portals that are the only access points to the Grayspace. There are a minimum of six of the these green gateways that are randomly placed around the Vera area and that players can enter each day. Be advised that once you travel to the vortex and join the Grayspace, one cannot leave that realm. Or teleport away since you will immediately expell. Players are recommend to make the most of the limited amount of time they have to explore the Grayspace region and the Grayspace Fissures, which have a one-time use once you reach the Grayspace area.

There is yet another way to reach these Grayspace Fissures in the required area. The participants will receive a thing called “Grayspace Scriptures” from Tower of Fantasy. Placing these items where you are right now on the Verna map enables you to access the Grayspace from any location.

The green fissure gateway will then appear exactly where you are. It should note that “Grayspace Scriptures” are scarce goods, hence it is advised that players only use them to teleport to Grayspace bosses when they are encountere.

How to Finish the Tower of Fantasy’s Grayspace Exploring Progression:

You have a maximum of 48 minutes to explore Grayspace because you can only access the area six times each day (excluding the Grayspace Scriptures). Grayspace has an investigation progress to finish, much like every other sector.

Collectibles like Purple Crystal Powder and Gold Crystal Powder can found in abundance in Grayspace. There are additionally 21 Space Rifts altogether. Around the Rift, numerous opponents will spawn for you to slay. You will receive a variety of goodies, like Gold Nucleus or old Vera Coins, once you kill the adversaries and seal the Space Rift.

Players are recommended to maintain track of the exploration efforts and the regions they have already investigated. Because the Grayspace Fissures were randomly generate. To manually monitor your progress and the things you have harvested in Grayspace. We advise using 3rd party sites like this Towers of Fantasy Land Anvil interactive map. Each of the Crystal Powder and Space Rift sites mark on the website’s map.

How to Defeat the World Bosses in Grayspace: 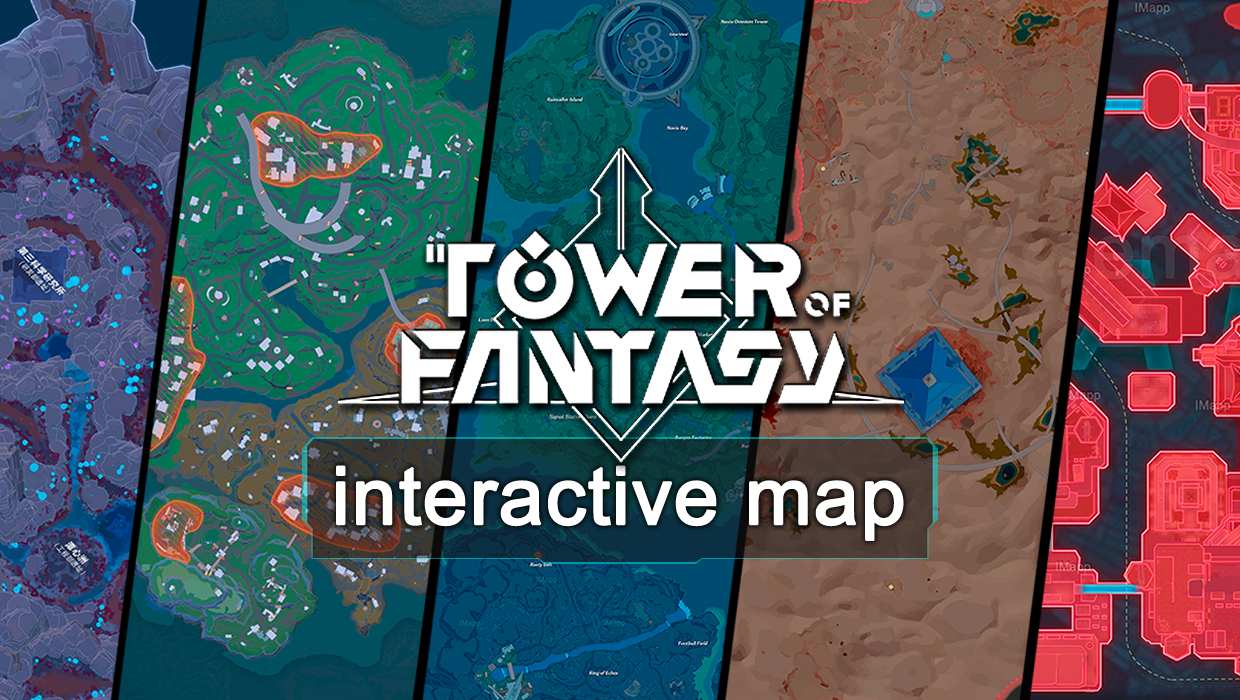 Puppet Chorus, Abyssant Devourer, & Abyssant Weaver are the three World Bosses that Grayspace has so far encountered. It should note that players cannot form teams in Grayspace regions, and you cannot invite other players to join your team. Players must therefore engage in a solo battle with each Boss to defeat them. A red fissure will appear around the region where you can collect your rewards once the bosses defeat.

The Abyssant: Devourer is situated near a sizable expanse of deserted sand in the Vera map’s extreme south. The enormous boss is easy to spot in the skies as it flies around, so it won’t be too difficult to find it. Currently, the boss is the most difficult to defeat, particularly since it must complete alone.

Abyssant: The Weaver is near the “Magma” boss area. Players are strongly advise to employ weapons like Meryl. Result will display, King, Minus, and Frigg as they have weaknesses to both and Ice.

A boss named The Puppet Singer can found close to the boss room where “Rudolph” is. This enemy, which was just include in the 2.0 update, can encountered during both Joint Exercises. As well as a Global Boss in Grayspace. If players use long-range weaponry in the battle. The boss easily slain because it is vulnerable to Volt or Physical damage. When battling, be sure to maintain a specific distance. Samir, Claudia, Shiro, Nemesis, and Crow suggest weapons.

Long-range weaponry are a must for players because they are the only way to damage the Abyssant Devourer. The weapons Samir and Tsubasa are advise. As the boss flies, Samir and Result will display can aim and harm it. Damage done can also increase by 10% by equipping an additional DPS weapon.