Overwatch 2 Pre-Release Content: Players of Overwatch 2 on PC might be perplexed by a warning that has recently appeared beneath the Play button in the Battle.net launcher. “Pre-release content downloaded,” it says. However, as this is only meant to expedite the process a little for you, there is no need to worry.

This indicates that a patch has already been pre-installed by Blizzard. The Halloween Terror event, some balance adjustments, and the return of Bastion and Torbjörn to all modes will all be part of a new update that launches at 2 PM ET today (all going well, anyway). The identical notice was displayed to anyone who pre-installed Overwatch 2 before the game’s release. 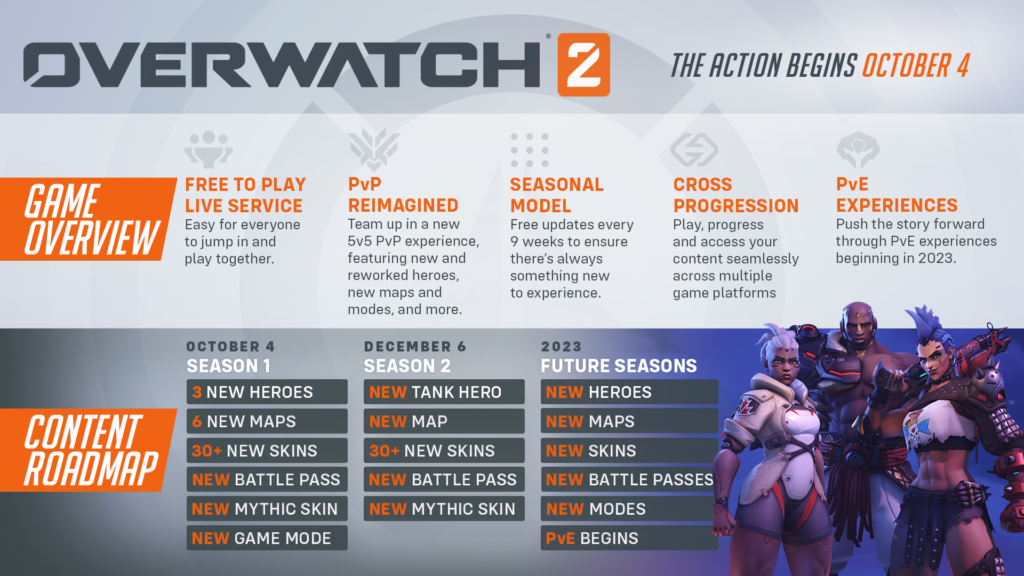 When different groups of players will be able to pre-download the game was disclosed by Blizzard in a blog post that was released on Tuesday and included a pre-launch checklist for the game. Pre-downloading game downloads and installs it on your PC or console, but it prevents users from playing it until the game’s launch day when its servers go up. Players won’t have to wait around while others play while their download completes this way.

Users on PC who have previously played:

Starting today, September 30, at around 3:30 PM CT, PC users who have already played the first Overwatch or who have purchased the Watchpoint Pack can pre-download Overwatch 2. The approximately 50GB download will begin automatically for qualified gamers who have Battle.net’s automatic updates enabled. If a player chooses to manually update their game, they must launch Battle.net and start the download from the Overwatch page.

Read Also: How to Show FPS in Overwatch 2 on PC

Read Also: How to add and Invite Friends in Overwatch 2

On October 4, three hours before the game goes available for everyone, console users who have already played the original game won’t be allowed to begin their pre-download. Newcomers to the franchise on PC or console won’t be able to pre-download anything; they’ll have to wait until the game goes live on October 4 at around 2 pm CT.

Overwatch 2 will be a free-to-play live service game with a PvP-only mode, in contrast to the first Overwatch. When Blizzard releases Overwatch 2 in 2023, the planned PvE content will have to be paid separately. In addition to these, Overwatch 2 will provide expensive battle passes and accessories.

PvP and PvE components will both be present in Overwatch 2, unlike the first Overwatch. Overwatch 2 will feature story-based missions with stalwarts like Winston. Tracer teaming up with the new heroes, however, nothing is known about the PvE aspect. In the middle of a planetary crisis. Players will have the opportunity to participate in four-player missions to defend the world from the troops of the Null Sector.

In addition to this, the Overwatch squad will traverse the world on Hero Missions to protect cities from robot invasions and eliminate Talon agents. Players can enhance the skills of their favorite characters in this replayable mode. These two game modes will each enable a four-player online co-op.

To play Overwatch 2, all players must make sure SMS Protect is turned on on their Battle.net accounts. To enable cross-progression between PC and console. Users who have numerous accounts across different consoles must also finish the account merging process.