Hunt Showdown Incendiary Ammo: Players can now more than ever before customise their loadouts for certain reasons and playstyles thanks to Showdown’s deep new layer of gaming meta. The custom ammo update inundated the game’s arsenal with a large variety of new bullet types, many of which aren’t particularly competitive.

In Hunt: Showdown, almost all of the custom ammo types can provide results under the correct conditions, although a lot of them are unreliable, prohibitively expensive, or have other flaws. The unique ammunition kinds in Hunt: Showdown that offer the best value for your money will be highlighted in this guide. 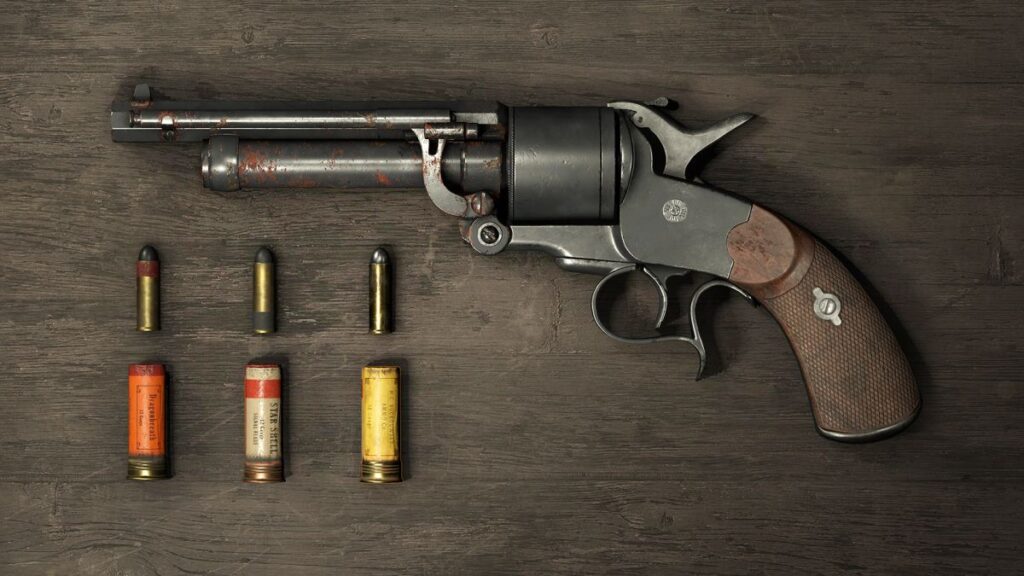 In Hunt: Showdown, there are three different forms of fire-related custom ammunition available: incendiary rounds, Dragonbreath shells, and Starshells. The incendiary compact ammo for the Winfield line of rifles is unquestionably the best among them for a number of reasons.

The ability to one-shot hunters at close range, which is by all accounts the primary function of shotguns in Hunt: Showdown, will be lost as soon as you switch to either of the special shotgun shells. It is not advised to use Dragonbreath shells or Starshells because you can take down opponents using only standard ammunition.

Medium and long incendiary ammo is likewise a poor option because it lessens the penetration and effective damage of the firearms that fire it. It makes no sense to pay more for long-range rifles like the Mosin and Sparks, which are expensive precisely because of their damage and penetration. Additionally, the rate at which these weapons discharge makes it more difficult to set players on fire. Only when it first connects, incendiary ammo singes players, briefly lowering their maximum health.

Compact incendiary ammunition is therefore your best option in this division. The LeMat revolver, the Bornheim semi-automatic weaponry, and the Winfield line of rifles are the ones that employ it. By default or with the aid of perks like Levering and Fanning, these weapons fire quickly. Enabling you to instantaneously set your opponents on fire. Make up for the decreased shot damage with a large number of bullets. Particularly cheap and adaptable Winfield rifles are an excellent option. Incendiary custom ammo because they can quickly dispatch the Spider. Assassin bosses, both of which are weak to fire.

The Choke bolt and Chaos bolt are two special ammo types that can be used in Hunt. Showdown tactically rather than for fighting. You can equip both of them on the same Hand Crossbow because they are affordable and efficient. Which essentially increases your loadout’s utility without taking up any Tool slots.

Explosive rounds are also useful in some situations. You can enter buildings more quickly because they can instantaneously blow up doors and explode barrels with a single shot. In Hunt: Showdown, however, explosive ammo is typically not a wise choice because it completely eliminates your weapon’s penetration. In particular, explosive crossbow bolts are a horrible option. The crossbow’s short range, slow rate of fire, and odd trajectory make headshots nearly tough to score with.

All poison-type custom munitions is essentially useless for PvP in Hunt. Showdown because nearly every player fires an anti-venom shot at the beginning of the game. They also have less base penetration and damage. Against monsters, poison ammunition excels. It dispatches the majority of enemies in one or two shots. Including Immolators, who are currently and rightfully the most despised AI foe in Hunt: Showdown.