Tower of Fantasy Banner Schedule: In August, Hotta Studios’ open-world MMORPG Tower of Fantasy, which had previously only been available in China, finally made its debut on a global scale.

Being a gacha game, it also includes a number of banners, from the standard one to the limited-time banners, where players can spend real money or in-game resources to obtain the Simulacra, the game’s high-tier weapon slash characters. 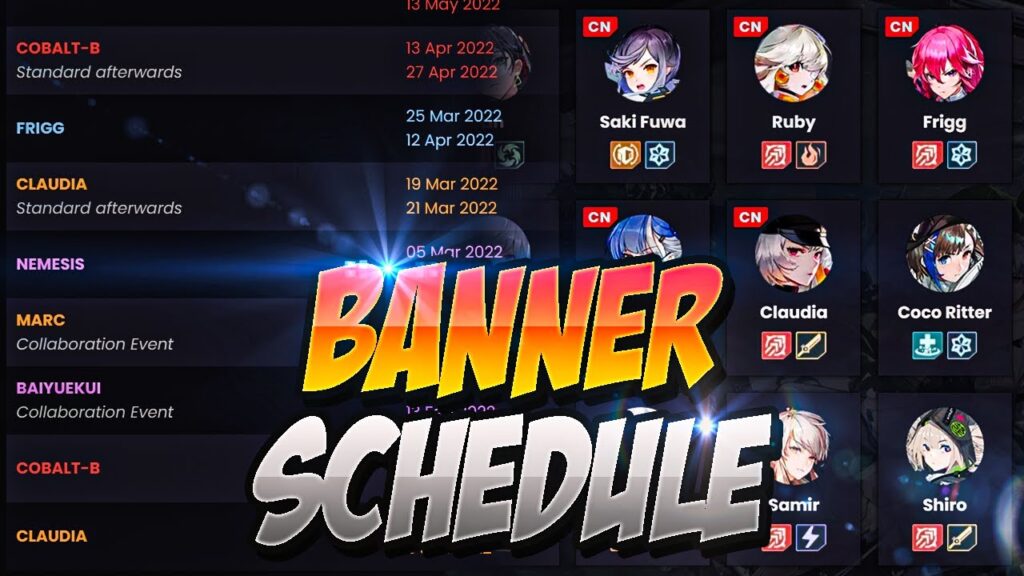 Every Banner in the Fantasy Tower:

The Tower of Fantasy’s normal, non-limited weapon banner, Choice Weapons/Weapons Galore, allows players to try their luck at any moment to obtain the weapons they want. The pity system on this banner ensures an SSR weapon, the game’s highest rarity, for every 80 pulls.

However, if luck is on their side, players may have a chance to obtain another SSR weapon on those 80 draws in addition to the 80th. On this banner, a guaranteed SR weapon is further drawn once per 100 draws.

Every draw a player makes with this banner costs them Gold Nucleus. Although it might not be as rampant as the Black Nucleus, this can be cultivated in the game. Dark Crystals, the primary in-game currency used to purchase goods and resources in Tower of Fantasy, may also be obtained through grinding by players. Every draw in this banner offers the player one Black Gold, which they can spend to buy several things in the Weaponry Store, including duplicates of the drawn SSR weapons. The probability breakdown for Choice Weapons/Weapons Galore is as follows:

Weapons Galore, another non-limited weapon banner in Tower of Fantasy, employs the Black Nucleus as its primary method of payment for pulling.

You can pluck any weapon from the Gold Nucleus Weapons Galore banner here. Drawing in this pull will provide you access to a variety of resources and crafting/upgrading materials, including weapon batteries, elementhearts, and element cores. In the Black Nucleus banner, there is no pity mechanism, thus there is no assurance on each draw you make. The probability breakdown for Weapons Galore (Black Nucleus) is as follows:

A limited-time weapon banner is displayed for a specific amount of time in Tower of Fantasy. The system used here is the same as that used in the standard Choice Weapons/Weapons Galore banner. Including the pity system, which provides a guaranteed SSR on the 80th pull. The Gold conversion on every pull grants one Red Gold for every Red Nucleus spent. The limited-time banner’s primary currency, the Red Nucleus.