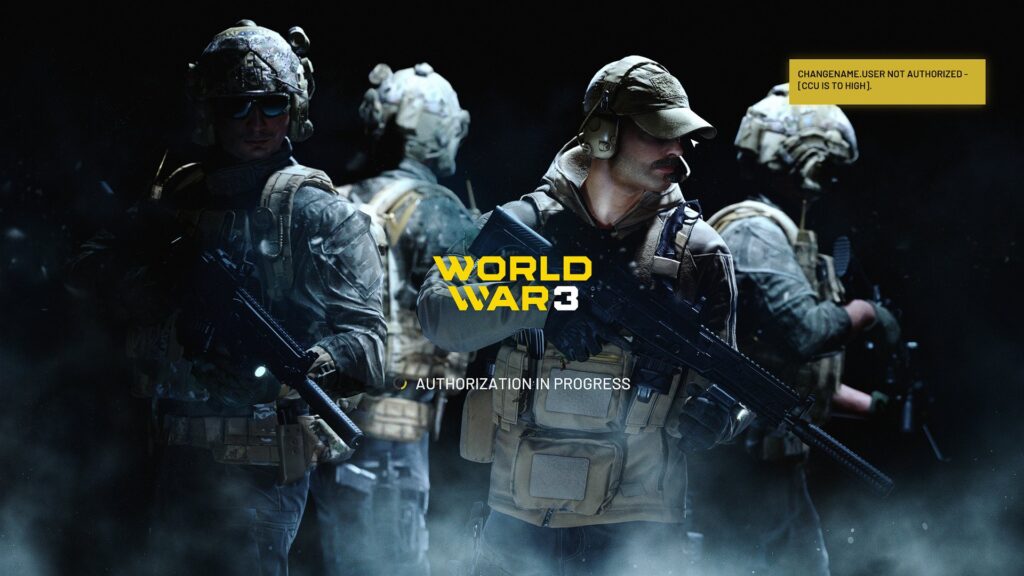 In August, after viewing the gameplay reveal trailer, I wrote that it appeared that The Farm 51’s developers were attempting to strike a balance between simulations like Arma 3 and more arcade-style games like Call of Duty: Modern Warfare. I’m please to report that my suspicion was accurate now that the game is operational.

WW3’s gameplay moves along very quickly. The lethality of ballistic and explosive weaponry mixed with the rapid movement of both players and vehicles results in an alarming number of fatalities. Naturally, that increases the excitement of holding out for a few more kills. The action is furious even when there are only a few dozen people on a server that can support up to 64 players.

Since you can spawn in on your commander, teamwork is essential. Both you and your squad’s commander can assign targets and give commands. Experience points will be award to squad members who carry out certain orders. Additionally, there is a point-based perk system that enables individual soldiers to call in unique actions like artillery strikes and offensive drones. Even average players can be sure to occasionally get the chance to pop off some fantastic piece of technology thanks to the system’s surprisingly hefty payouts.

What excites me about the potential for WW3:

I’m excited about the personalization system’s potential role in World War 3. It seems to significantly streamline the best elements of Escape From Tarkov, which has a degree of almost obsessional detail to its gun models and weapons attachments. But as you can see from a little sizzle clip on YouTube, it’s more than just moving the furniture on your assault rifle.

I prefer semiautomatic assault guns with medium-range and holographic optics when I play arcade shooters, assuming I can find them. When my team is trapped, I’ll swap to whichever stock-heavy weapons class is available; this is typically a class that has a full-auto-light machine gun. I’ll then find a cosy hiding spot close to a spawn location. Whatever game I’m playing at the time—Call of Duty, Battlefield, or something else—I’ve always found it simple to transfer that kind of technique.

On the other hand, I tend to be a lot pickier when it comes to my gun and my optics when playing tactical shooters and simulations like Arma 3. I can use WW3’s numerous weaponry systems to mimic the roles I frequently play in arcade shooters while also receiving the kind of options I anticipate from a tactical shooter.

I’ve combined it with an RPG-7 grenade launcher for clearing away campers and a first-aid kit for when I get hurt for added lethality. I’ve been able to gain a tiny bit of speed to go from cover to cover by reducing my body armour to lighter, less defensive choices. My only complaint is that rifles don’t have a firing-select switch that would enable me to switch to full-auto or burst fire when necessary, but I suppose you can’t always have everything.

Undoubtedly, I’m eager to watch the game develop. The following significant event will be the launch of the Recon game mode the following month, which will “enable players to work within tiny reconnaissance squads left on their own to survive and seize high-value objectives in enemy territory,” in the words of the developers. Although I don’t know what that means, I’m intrigued to find out based on what I’ve seen thus far.