New world fresh start servers release date: Today, we will discuss New World Fresh Start servers in detail, including our opinions on them. How likely it is that we will run into them and why they are getting so much attention? We define a fresh start server and discuss what it means for both experienced players. Players have been playing since the beginning and brand-new players who are just starting off. 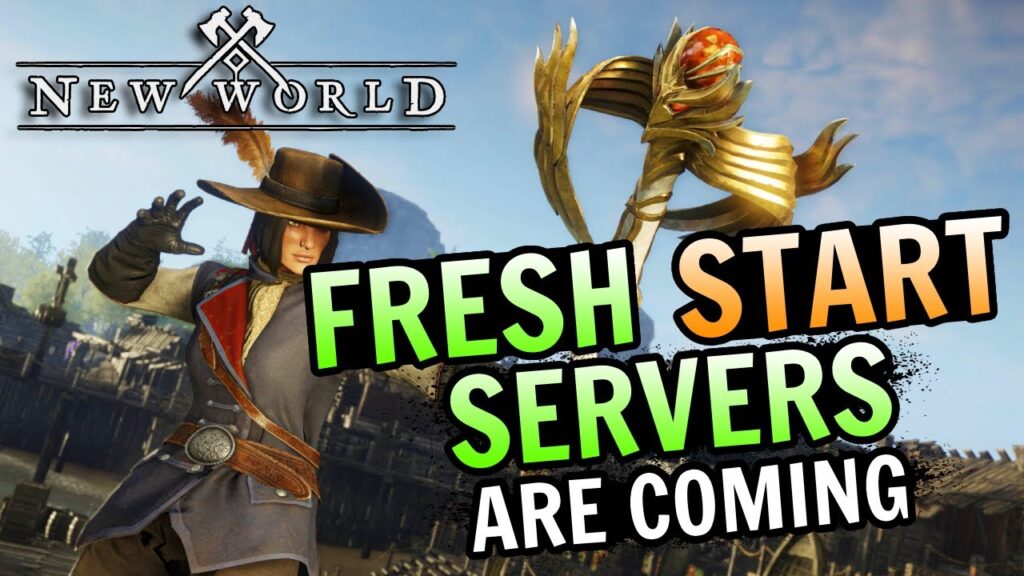 We’ll also include some of the most recent data we have on server capacity expansions. New servers opening up across many regions to account for the enormous increase in players we’ve noticed in the game over the past few weeks. Especially in Brimstone Sands, where we anticipate there will be a large influx of players when this update goes live.

New World Fresh Start Servers: When Will They Be Available?

Although it hasn’t been confirmed yet, we may anticipate it in late September or early October. We can anticipate that it will attract a large number of players back to the servers if only to test it out.

How Does the Fresh Start Server Function?

A fresh start server will be one where you can begin the game from scratch. Transfer characters from older or previous accounts. There are presently no transfers allowed, therefore max level accounts cannot transfer to this new server. This means you cannot transfer any high-level characters that you currently have.

You must start with a brand-new level 1 character. Which essentially puts everyone on an equal footing and forces you to restart the game from scratch. Therefore, you have the option of grinding for the first month or two while everyone is on an even playing field. It doesn’t matter if they want to try and conquer a territory first, build up a different set of skills, or just want to take part in that.

For a number of reasons, players are saying they would like this in the game. The new leveling system, which is the first thing, is excellent; if you haven’t experienced it on the PTR, you should. It now goes from 1 to 25.

It’s a lot of fun with the new improved settlement aesthetics. The way the story develops with a lot of cutscenes. Voice servers and the law are added into the story, so you actually understand. Where the various factions originate as well as more about the corrupted and Isabella and how it all fits together. Since the experience is now much smoother. Many people are stating that it would be wonderful to start over now that it has been completed.

A lot of players would like to restart the game with this new aesthetic. But there are some things they would like, such as a new economy, to see how well they can do now that they know all this information. To start experimenting with stuff. Because they feel they have been left behind by past updates and may have stopped playing, some people simply want a new start server.