Disney Plus Fortnite – How to Get 2 Months Free of Disney

Disney Plus Fortnite: In a partnership with Disney, Epic Games is giving enthusiastic players who buy at least one in-game item in Fortnite two months of free Disney Plus membership.

Just in time to give their players this unique opportunity for the last few weeks of the current Fortnite season. Epic has come up with this agreement with Disney. For the aforementioned two totally free months of Disney Plus subscription. Players will need to go deep into their wallets to make at least one purchase within the game or just buy the company’s V-Bucks currency from November 10 to December 31. 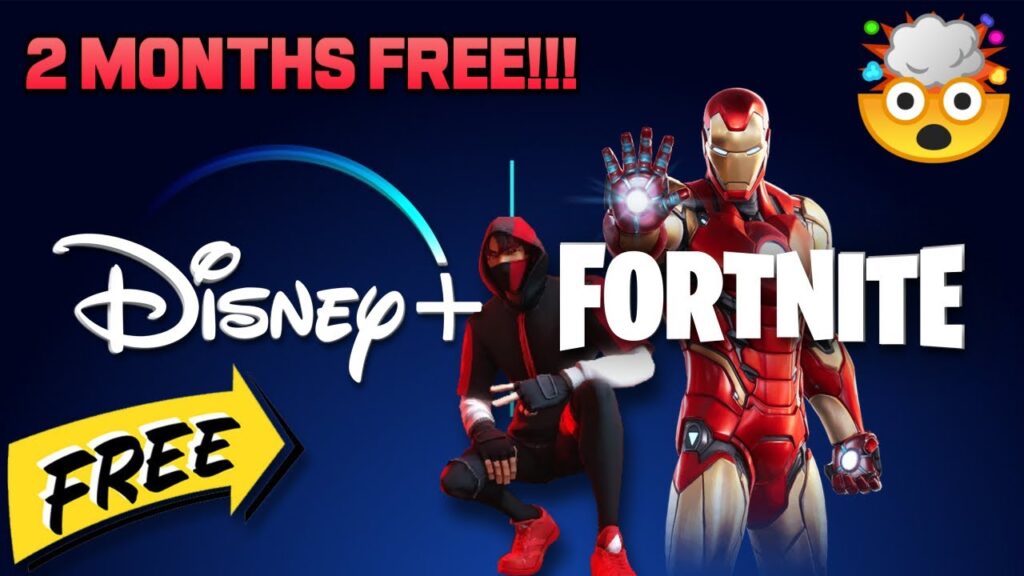 But it should be emphasized that purchases bought using V-Bucks will essentially be ineligible. The user will eventually be charged the standard monthly amount for their memberships if they don’t cancel it after their two-month Disney Plus subscription expires. From November 10 at 9 AM CT, this deal can be easily redeemed on the Epic Games Store. But only individuals who are 18 or older will be allowed to take advantage of this special offer.

However, gamers reside in a number of popular gaming nations, such as Brazil, Korea, France, Japan, Russia, and Turkey. As well as all of the Middle Eastern and Latin American nations, are sadly not eligible for the fantastic offer. However, large markets like India, the United States, the United Kingdom, and many more have complete access to the offer.

As we speak, Epic Games and Apple are embroiled in a contentious legal battle over Fortnite’s in-app purchase system. In August of this year, Apple removed the well-known battle royale game from the App Store due to a violation of their App Store regulation. This violation began when Epic refused to comply and finally avoided paying Apple’s 30 percent charge. Google also took the same action, removing the Android version of Fortnite from the Google Play Store for breaking the Play Store’s own rules regarding in-app purchases and payments.

The arrival of The Mandalorian in Fortnite:

New Fortnite season by Epic Games, “Zero Point,” has begun. In this season, Agent Jonesy will try to protect Fortnite’s reality by preventing more characters from escaping its loop. To this end, Agent Jonesy has hired a group of bounty hunters, including Mandalorian and Baby Yoda from the popular Disney+ series, to help.

Players Of Fortnite Gave Away 2 Months Of Free Disney+:

Fortnite, one of the most popular video games ever, is partnering with Disney+ to provide new subscribers with a 2-month free trial. This information had earlier this week been released as part of a data mining of the most recent version, but it is now official. until December 31st, 2022, starting on November 10 at 7 p.m. ET.

Thor, Wolverine, and Iron Man, three well-known Marvel superheroes, served as the faces of Fortnite Chapter Two, the fourth season of which was published earlier this year. Galactus is one of the most formidable and infamous villains in Marvel comics history. Will appear in the ultimate and unavoidable event for the thrilling end of the Nexus War.