New Sypherpk Fortnite Icon Series Skin: This weekend on his stream, SypherPK is going to finally debut his very own Fortnite Icon Series skin. Since the game’s premiere in 2017, SypherPK has continued to be one of the most active content producers for Fortnite, and because of his in-depth guides on new weapons, items, and upgrades, he has built up quite a following.

Sypher is one of the few content makers to have maintained success in the Fortnite market, having amassed twelve million followers between Twitch and YouTube, with more than six million followers on each channel.

After years of giving back to the Fortnite community, Epic Games is now doing the same by making a SypherPK Icon Series skin available. And this weekend marks the official unveiling.

On Saturday, September 17, SypherPK made the announcement that he would show his Icon Series skin. It will be broadcast on his Twitch channel. But the precise hour has not yet been disclosed.
The skin will most likely be released after the start of the new season because the unveiling will happen one day before Fortnite Chapter 3 Season 3 ends.

Sypher will be the seventh Livestream or content creator to receive a custom skin in Fortnite. He keeps up with Chica and Ali-most A’s recent arrivals. Additionally. He joins the cast of skins that also includes Ninja, TheGrefG, and Bugha.

The Twitch and YouTube celebrity is long overdue for his own in-game skin. Now Sypher himself has confirmed that it is coming. He will be included in the Fortnite Icon Series, immortalized as a playable cosmetic Outfit, along with Ninja, Loserfruit, LeBron, and Ariana Grande. Starting at 12 PM ET, Sypher will live stream himself baring all, possibly even participating in certain games while dressed as himself. It may take some time until Icon Series is accessible in the Item Shop as Epic partners typically have access to it a few days early.

The release date of the new sypherpk Fortnite icon series event is yet to be released. Individually purchasing the SypherPK Outfit will probably cost you 1,500 V-Bucks, in line with other Icon Series products. Usually, for 2,000–2,500 V-Bucks, you can also choose to purchase a package that includes additional accessories.

On the other hand, there might be a way to get the SypherPK Icon Series skin for nothing. Most of the time, when the Icon Series debuts. There is a competition where the winners take home the complete collection.

You won’t want to miss it, according to Sypher, who claimed that it will be “the wildest, biggest, rollout of an Icon you’ve ever seen.”

One of the most well-known Fortnite Battle Royale content creators is Ali Hassan, better known by his screen name SypherPK. He’s been participating in the game since the very beginning and is still well-liked by the neighborhood.

The American streamer hasn’t been given his own Icon Series skin in Fortnite despite his enormous popularity. Many fans anticipated the debut of his skin because he has been the most reliable and constant streamer. 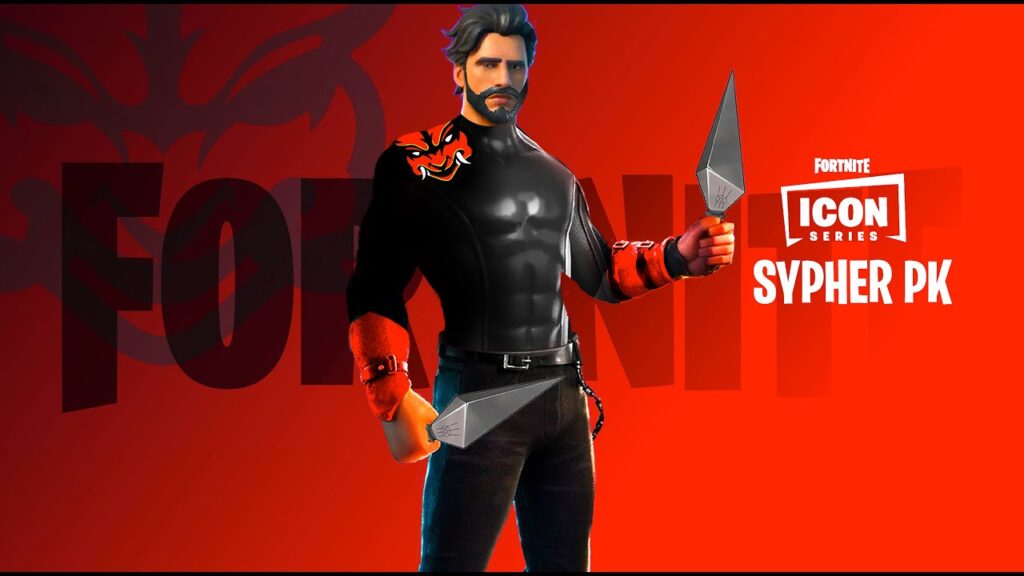 Sypherpk Hints at His Skin in Fortnite:

SypherPK discussed his career as a streamer and the impact other content producers had on him in an interview with Full Squad Gaming. The 26-year-old streamer recently made a hint about having his own Fortnite Icon Series skin.
SypherPK mentioned that. He will probably set a new record for the number of viewers at some point this year. The veteran Fortnite player will be no different given how frequently streamers have shown off their Icon Series skins.

Answer 1: The official date for the NEW SYPHERPK FORTNITE ICON SERIES SKIN is yet to be released officially and globally.