That was quick: The summer season is done, and the new Rocket League season has officially begun. Before it was even launched, we were HYPED about the new content and couldn’t wait to return to the Battle Arena. Let’s get right into the details since there is so much fresh information to learn.

We have provided you with a summary of all the key points in this essay. When will the major upgrade be released? What benefits are in store for you? What about the gameplay changing? All of this information and much more is available right here. 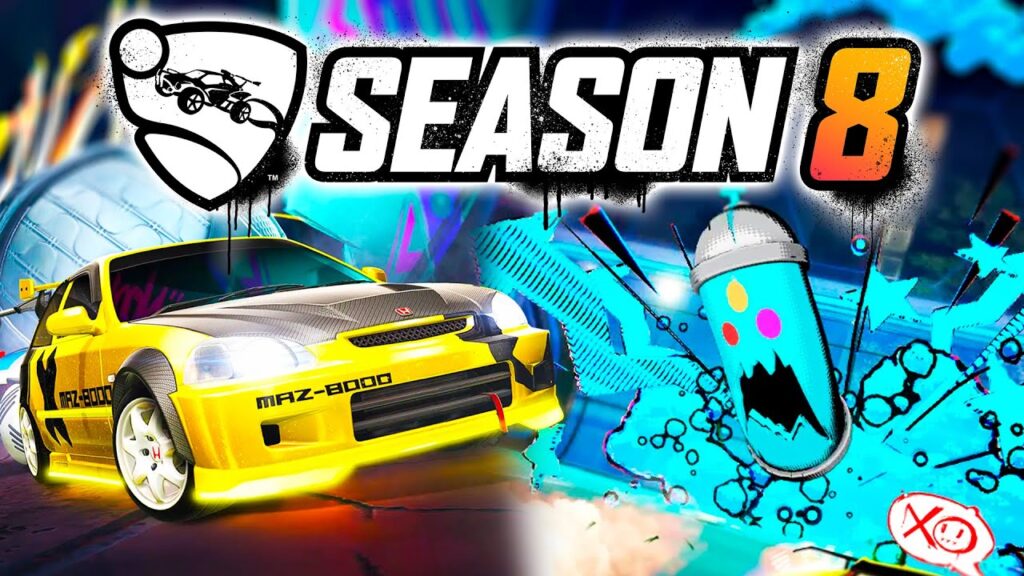 Rocket League Season 8: Everything You Need To Know:

Of course, as attractive and intelligent socCar lovers, we may anticipate many new features in the upcoming season. Psyonix is consistently delivering new content for our favorite game since it transitioned to free-to-play a while back. We are currently in Rocket League Season 8, which lasts around three months. What are the key dates this time around then?

The eighth season of Rocket League also includes a brand-new Battle Arena for the first time in a very, very long time. Its name is Sovereign Heights, and it’s next to the city’s well-known Centered Park, making it far from the Utopia Colosseum’s bright lights.

We also have a few challenges ready for you as we celebrate the opening of a new Battle Arena. Throughout Rocket League Season 8, you can complete weekly and seasonal challenges to gain drops, credits, goods, and other goodies. Put the gas on then!

The new Rocket Pass, which will be updated with the release of Rocket League Season 8, will once again be one of the greatest upgrades. Once more, there will be a Basic Pass that is free to use, as well as an improved Premium Rocket Pass that costs money but has more tiers and incentives.

Additionally, Psyonix is offering a real-world automobile for the first time ever to customers who purchase the Premium Rocket Pass. In Rocket League, the Honda Civic Type R makes its premiere! If you work hard and level up to at least 70, you can get a second, improved version as well as some really fantastic Items and Decals.

In order to advance through the aforementioned tiers of the Rocket Pass and get those sweet rewards, you need to earn XP. You get them (obviously, duh) by playing one of the game modes in Rocket League. If casual gameplay isn’t for you, try some ranked games against real opponents – you start your journey at the bottom of the list and climb your way up the leaderboard through wins and decent performances.

The higher you climb on the leaderboard, the better the rewards are. And the more you play, the higher you will climb in the Rocket Pass. From time to time, Psyonix brings back or debuts different LTMs or Double XP events. You shouldn’t miss these – regardless of whether you’re free-to-play or not.

Oooooh, you just play tournaments if you feel like the standard ranked queue gets boring after a while. Of course, there are also some fresh tournament rewards coming with Rocket League Season 8 – Goal Explosions, Toppers and much more waiting for you!

And with all of that, you are well informed about the start of Rocket League Season 8. Should there be some new information in the upcoming weeks, we will keep you posted here. Psyonix has at least announced that we will soon get even more rewards for the Formula 1 Fan Pass 2022 or NASCAR.

Until then, you should continue to practice your skills and, above all, collect your rewards for the current season.

Previous article
Valorant Tournament Mode Release Date, Features And More
Next article
How to Get Alpha Boost in Rocket League?