You can use The charlotte skin PNGS in your own personal outcomes or in the game modifications in Fortnite. Or you can use the skin for your digital art projects they have a transparent background, Which makes them easier to manipulate in accordance with our own kinds in the game.

The charlotte skin is part of the hagiri set. the items in the set are mentioned below: 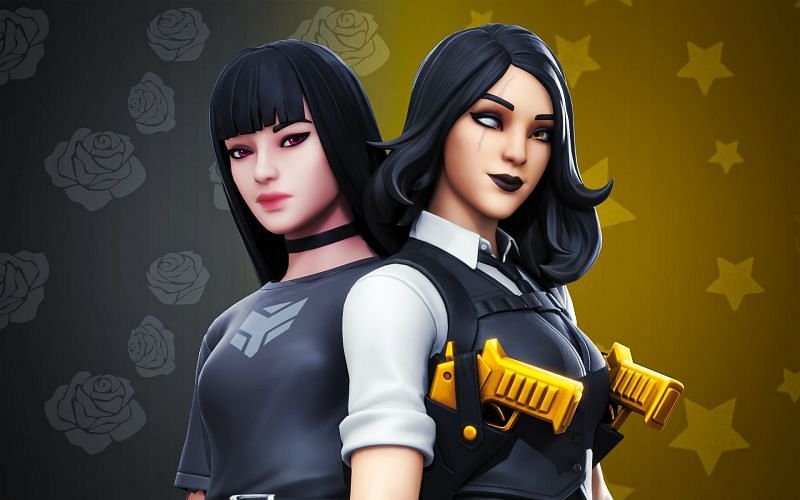 Charlotte is the very first battle pass skin. She comes unlocked from the get-go. She has a couple of different styles that you can unlock further down the battle pass and also If you complete the entire battle. As then only you can unlock the handful of special styles. You can unlock including tarterred spirit style of charlotte.

How to Get Charlotte Fortnite Skins?

Fortnite chapter 2 season 8 is reaching huge support and great response from the players of Fortnite. Recently Fortnite launched a new skin named charlotte skin. The charlotte skin is one of the most epic skins in Fortnite, It is an exclusive outfit from the Hagiri set charlotte was available for the fans in the game. The charlotte character’s skin was firstly added to the game on the 13th, of September 2021. We will share the exact things to do to get the charlotte skin.

Charlotte is a female character and she has a gothic appearance. Originally she wears a gray t-shirt and a black skirt. She has a tattoo and dark hair.

Steps to Get then Charlotte Skin

Fortnite has such a huge reputation in the gaming industry. In launching new and exciting skins. In the game rather it is sports personalities or other famous personalities in the industry.