M13 Royal Pass Rewards Leaks – BGMI M13 Release Date: Here’s another article about BGMI at our Official Panda. BGMI M13 release date and reward list is to be added here for you all. As you all might know that for now, month 11 BGMI RP, that’s the BGMI m11 Royal Pass Season is going on. Within a week, BGMI M12 Royal Pass will take over too with new rewards. 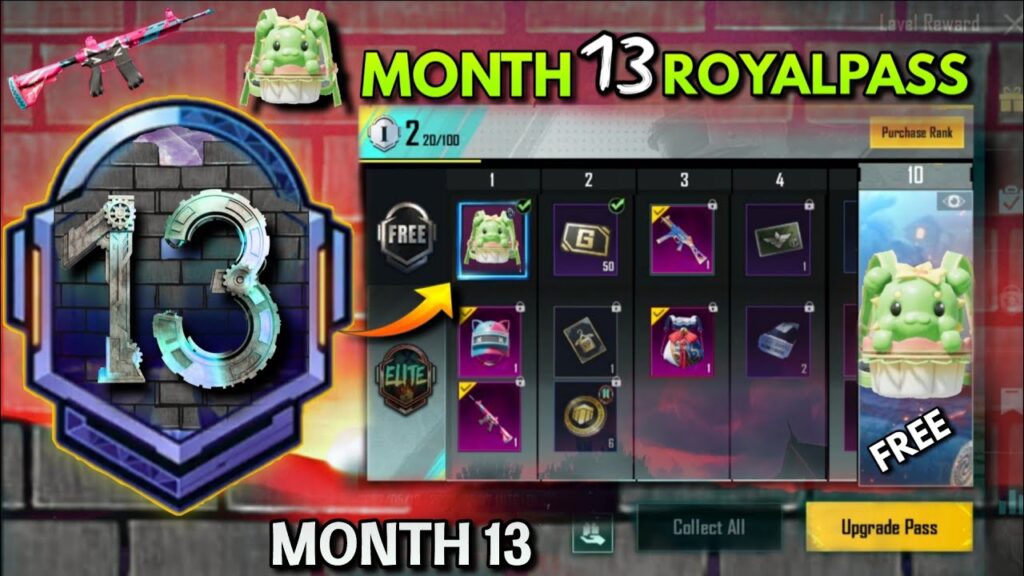 The BGMI M12 Royal Pass is gonna be coming up with exclusive rewards, skins and new gun skins too. Krafton has planned to bring on the long awaited Plane Skin for BGMI M12 RP.

Other Helmets, Grenade Skin, Backpack, Mythic Emote are also a part of the BGMI M12 Royal Pass. So, likewise a brand new helmet and a new m416 Gun is under preparation for the M13 BGMI Royal Pass season, it may come up in the RP 1st to 10th Level.

BGMI M13 RP will be live right after BGMI M12 RP gets concluded. Krafton which has always been innovative in bringing about new things to BGMI/PUBG, will plan the best for the next BGMI M13 for month 13 too.

And as usual and as always too, BGMI M13 Royal Pass will be available in two parts, Elite Royal Pass 360 UC, Elite Plus Royal Pass too 960 UC. An EZ License Card will be issued for all the BGMI gamers too once BGMI M12 Royal Pass ends.

All these are said to be included there in for the M13 Royal Pass Rewards list alongside some of the M12 RP rewards will also be available there too.