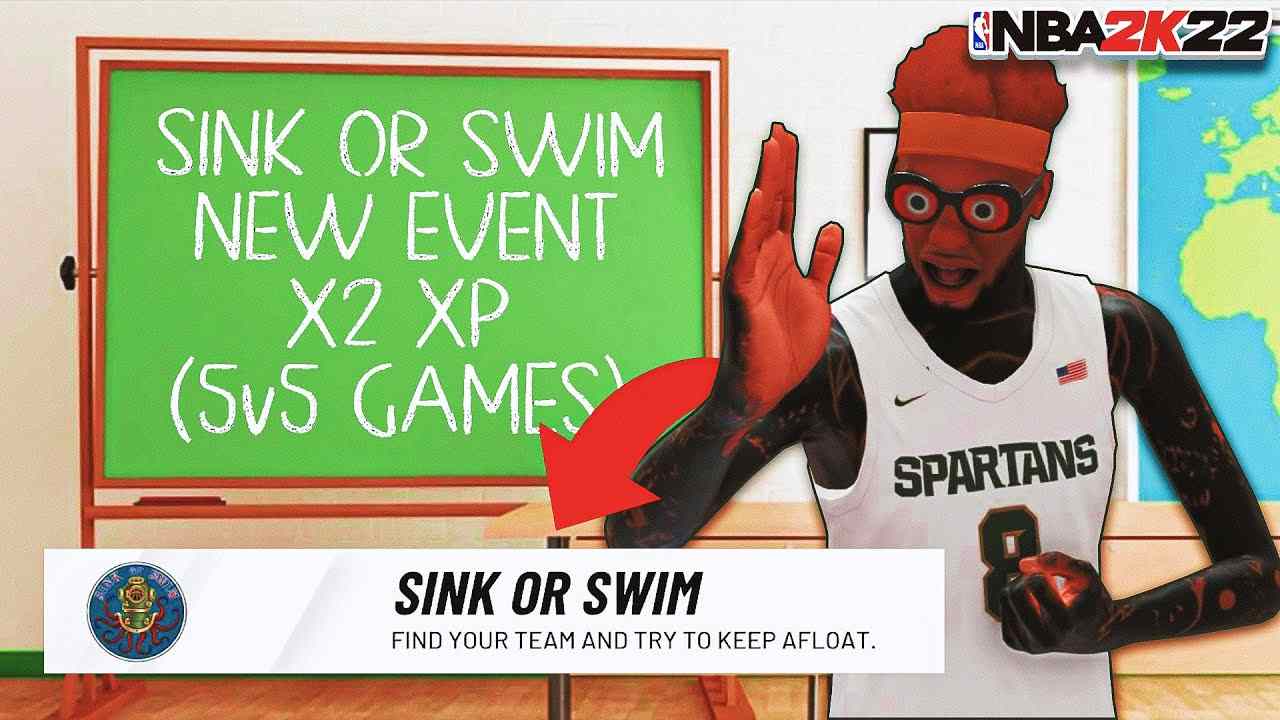 How to Play NBA 2k22 Sink or Swim Event: If you’ve only recently begun playing this game, you’ve probably wondered how to play the sink or swim event in NBA 2k22. So today I’ll show you how to do both of these things in NBA 2k22.

So, without further extra hassle, let’s look at how you may play sink or swim in NBA 2K22. The sensational NBA 2K22 event for current-gen gamers is coming, making its way to us very soon.

This event will be going to debut for very less time the Flash Rounds competition. Secondly, this will feature courts as well as new rewards. In this article, you will get the most important information to complete this event. After completing the event you will be going to receive various kinds of rewards which will be helpful for you.

Let’s take a look at the new Sink or Swim event in NBA 2K22.

April 2, 2022, the new NBA 2K22 Sink or Swim contest begins. Players will get the opportunity to play on a brand-new court with an aquatic motif.

In terms of awards, the full details of this NBA 2K22 event have yet to be revealed. We do, however, have the following schedule for this weekend:

We’ll post the rewards for this current-gen-only event as soon as they’re revealed. As guys, you people have seen the schedule we think that you should not miss the chance to participate in the event. Most of the players are having very best opportunity to give their best in this event.

As you people have an idea about this events there is also another event which will be happening at the same. Most of the players know about flash-round tournaments. NBA is almost there to organize this flash round tournament.

Another special event for current-gen players is the Flash Rounds tournament. This one, however, is limited to NBA 2K22 PlayStation 4 users.

This PlayStation-only event will run from April 5, 2022, until April 14, 2022. The sign-up URLs will be provided below. Guys please note down these dates these dates are very important for all the NBA players.

The Schedule for The NBA 2K22 Flash Rounds Tournament Is as Follows:

If you meet these to things you will be able to simply participate in this event. Hope so you guys will enjoy and earn lots of rewards through this event. Till then please stay tuned with us. Thank You!