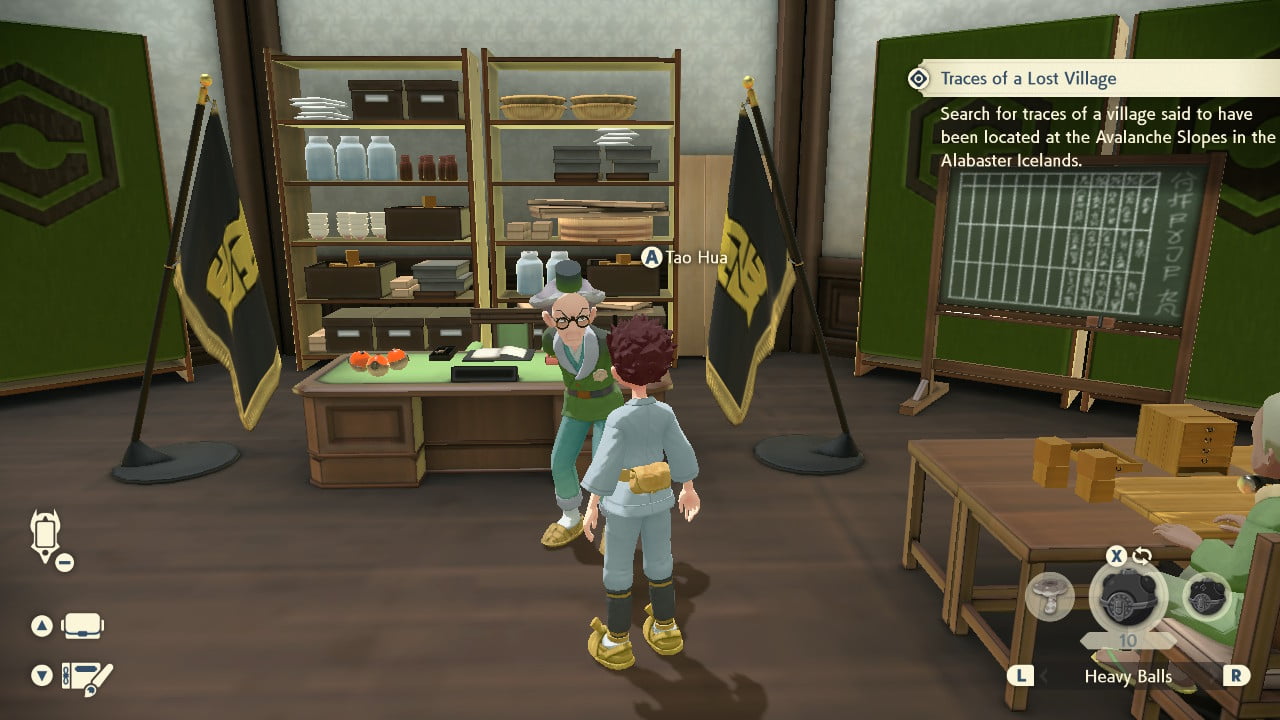 Tao Hua in Pokemon Legends Arceus: In the past, finding individual NPCs in Pokemon games hasn’t been difficult. Nurse Joy can be found at every Pokemon Center. Gym Leaders are usually always inside their respective gyms. Someone will point you in the proper direction if they aren’t. Hikers will find you whether you want them to or not.

From Research Tasks in wide-open regions to a weird fixation on a particular potato dish, Pokemon Legends: Arceus offers plenty of changes to the old familiar Pokemon atmosphere. However, one unforeseen effect is the difficulty of tracking down some of the game’s more elusive inhabitants. Yorrich is a great illustration of this, which is why he has his section in our book.

And now we have a guide on Tao Hua because being a stubborn oaf isn’t enough. Oh no, Tao Hua turns into an obstinate jerk whose whereabouts are a source of great annoyance.

Getting in Touch with Tao Hua in Pokemon Legends Arceus

While it’s tempting to sprint around town in irregular semicircles until everything appears the same and all you want to do is weep, we advise you to resist the temptation. Inside Galaxy Team HQ, Tao Hua may be found.

That would be the end of it in any other case. Captain Cyllene is virtually there in front of you on your walk in, thus it’s unlikely that anyone will ever require a map to find her. The only difference is that you go up two stories in Commander Kamado. Cyllene has Laventon’s lab on one side and the Medical Corps chambers on the other; it’s all rather gorgeous.

There are a few great story twists in store for gamers in Pokemon Legends: Arceus, but few could ever aspire to match the revelation that Galaxy Team HQ has a lower floor. You’ll notice twin staircases leading upward as you enter the building, but you’ll have to turn right and run down the corridor a bit to see the basement staircase.

How is this possible since the downstairs stairwell is only a few meters away from the front door? That’s beyond the scope of our tour, but we can mention that Tao Hua is located in the Supply Corps chamber, which is located in one of the basement’s main chambers.

As you can see in the image above, Game Freak took great care to make Tao Hua look as punchable as possible. Unfortunately, you’re probably only here to hand over a trio of Hearty Grains to the cunning devil and go on your way. On the plus side, you’ll know exactly what to do if the general store owner indicates an interest in expanding his stock in the future.