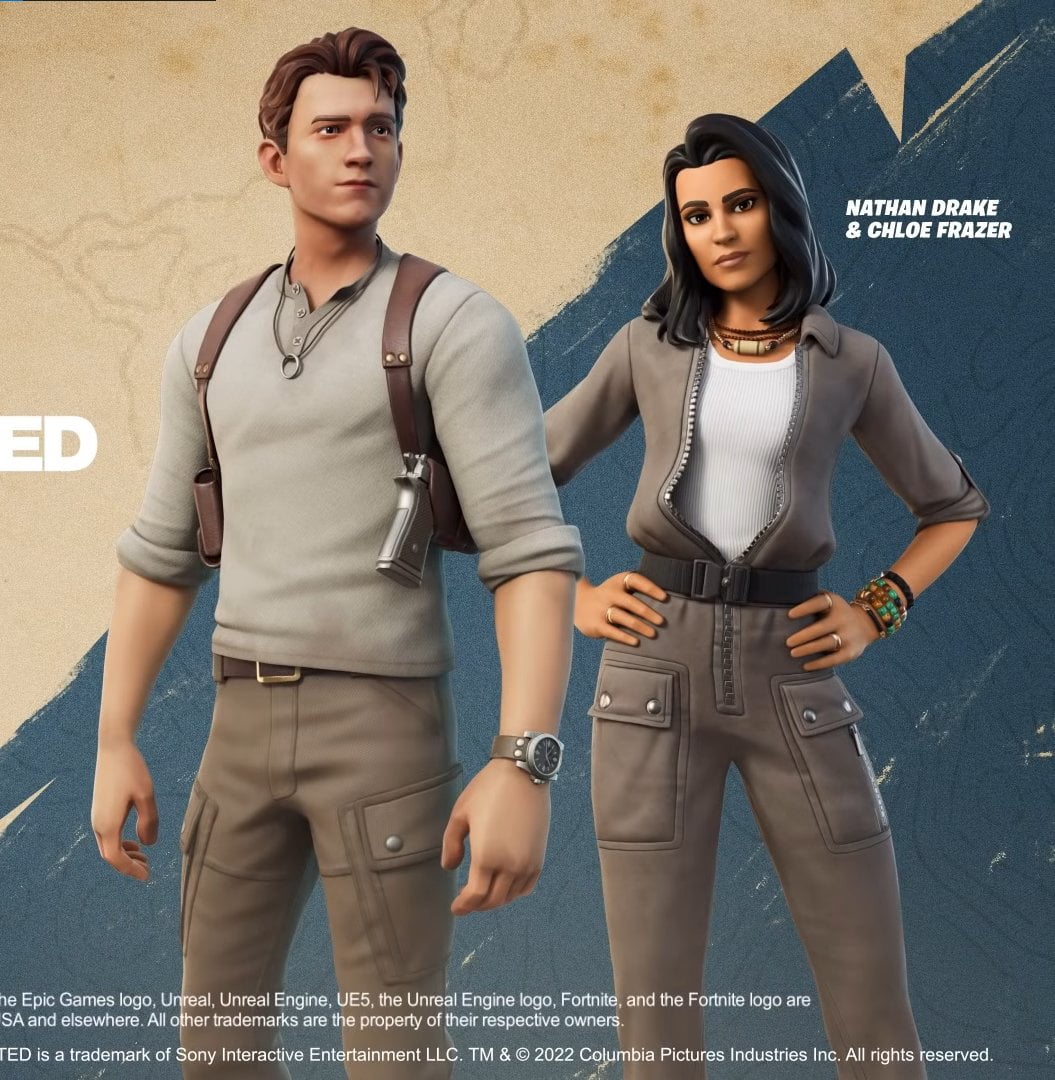 Fortnite X Uncharted: Fortnite is collaborating and bringing one of Play station’s biggest franchise Uncharted to the game. There were several rumors about this possible collaboration. But looks like they were all correct. Epic games has made it official and confirmed that Uncharted and its characters are making their way to the flipped island of Fortnite.

But the way Epic games has announced this much anticipated collaboration is amazing. Fortnite has given a Uncharted collaboration puzzle to its community. And the players have cracked and completed this puzzle in a remarkably faster time, which goes on to show how eager the fans are for this collaboration.

Fortnite leakers have waved their magic yet again. The leakers have recovered very reliable information about the possbile collaboration between Uncharted and Fortnite. Since, there is a movie with Tom Holland in the lead role, adapting the game into a movie for the big screen. During the late hours yesterday. Fortnite has bought one of its well known creators like -Squatingdog , with a fun puzzle.

Fans have solved this fun riddle and puzzle in a record time and has officially been confirmed. And there were other leakers, that were first to confirm this collaboration. Prominent Fortnite data miner ShiinaBR, was the first to share the images of Holland’s Nathan Drake. Sophia Ali’s Chloe Frazier. They will be joining the game on February 17th, and a short teaser is out.

The short teaser shows the much anticipated characters and the action they will be bringing to the game,and not just that. There will be two entirely different variants of same characters in Fortnite.

The original Nathan Drake, and Chloe Frazier variant skins will be available in the game, with the variants skins from the movie as well.

Many players across the globe are eagerly waiting for this collaboration to go live in the game. We have some very exclusive info on that- The official Uncharted items will be available from Feb 17th 7PM EST.

This collaboration increases the choice and chances for future collaborations from other popular game franchises. There is also a rumored collaboration with Attack on Titan as well.

Uncharted is an action-adventure game , created by Amy Hennig. The games were published by Sony, while Naughty Dog developed them. There are 4 parts of this game and the main story follows Nathan Drake – a treasure hunter who travels across the world and uncovers many lost treasures and he is accompanied by Sully and Chloe Frazer.

But the movie slated to release next week, follows a different and will serve as a Nathan Drake origin story. Tom Holland essays the role of Drake and Sully by Mark Wahlberg. Sophia Ali plays the role of Chloe Frazer.

The movie has already released in UK and will be releasing worldwide on February 17th coinciding with Fortnite’s release as well.