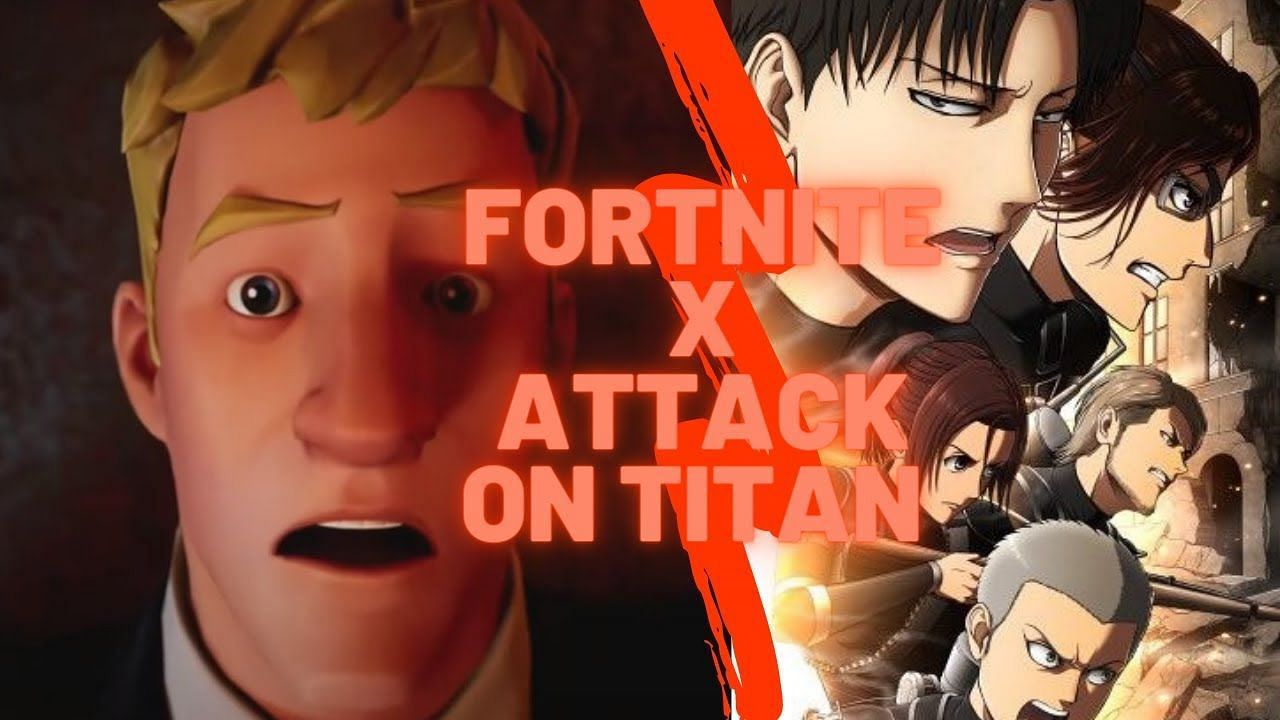 Fortnite X AOT Attack on Titan: In the coming days, Fortnite is set to unleash loads and loads of new content for its fans. There have been so many developments at Epic games, with many collaborations to look forward to. Fortnite is always open to collaborating with creators and bringing in new content for the game. Movies, Games, Sports and now its turn Anime. Fortnite has already collaborated with popular anime studios and seems lessly bought those characters to life. Naruto and One piece have made their way to Fortnite, now it’s turning for another Anime sensation to make its way onto Fortnite.  Even though it is officially not confirmed by the developers, there is a strong rumor going around that Epic Games might be collaborating with Attack on Titan.

There is a viral Attack on Titan and Fortnite-themed concept doing the rounds on the internet. These speculations have become even more serious when Epic Games has sent out a poll. The poll focuses and asks the question about which anime characters, the audience would like to see in Fortnite and there was an option with Eren from AOT.

Epic games hold a lot of secrets and avoid spilling anything. But the leaders do not follow the same, and they dig through so many files, for a little piece of information. With that, came out concept art for AOT in Fortnite. Fans were quick to share their thoughts and they are very positive. Eren is one of the key characters in Attack on Titans, and in the concept art, he is in his true form. But Epic Games has not even reacted to this or taken down the image circulating around, which adds even more truth to the possibilities.

Since Attack on Titan is already trending weekly and is in its last season, there are chances for a possible announcement. And Call of Duty has also officially revealed, that they are collaborating with AOT and bringing them to the game. So possibilities for something similar to happen in Fortnite, are even high. Fortnite is currently in Chapter 3 and its finale event is to air on March 2nd week. Before that, we could possibly get more information regarding this cross-over.

Also Read: How To Get Scenario Emote In Fortnite For Free

If you are wondering if there’s any chance of experiencing the Attack on Titan theme on Fortnite, then we have you covered. We have some exciting news for you, players can actually experience the AOT-themed map in Fortnite, here’s how they can do it.

The huge success of Naruto might have the developers inclined towards another Anime collaboration. Before that, there are so many exciting collaborations for the players of Fortnite to look forward to.

Uncharted, Destiny and some other notable properties are reportedly in talks about a possible cross-over into Fortnite.

In case, if the collaboration with Attack on Titans is made official. Eren Yaeger, Colossal Titan, and Levi Ackermann will be the top picks that might debut first in Fortnite.