Year of The Tiger Draw In COD Mobile

The zodiac beast skin is the second legendary blueprint they have made for the Arctic 50 skin. It looks so unique compared to the other skins we already have, I mean we don’t have any skin that has this color combination but the scope is not very unique. The scope is somewhat different but it is not drastically different like the local skins we got so, it is not going to affect how you used to use the Arctic 50.

Killing effect of the sniper

Now unfortunately Arctic 50 is not as good as it was back then because they have nerfed it a couple of times but still, it’s a pretty decent sniper, the kill effect looks amazing it shows probably the zodiac beast they are talking about. The killing effect shows the face of a tiger and then it disappears like electricity. Also, guys remember this skin is reactive skin and if you take a look at the backside of the gun you will see the face of the tiger so they have done a really good job making this skin. The skin has reactive effects (Glow in Dark) and it looks really good.

Now let’s talk about the brand new urban tracker skin we will get in the “year of the tiger draw COD Mobile”. They are going to introduce with this lucky draw, the skin is named urban tracker pale prolapse what I like most about this skin is that this is probably the cutest skin they have ever made for the urban tracker for example: “the hairstyle” and “the eyes”, they look really good and we have less face paint compared to the other skins, which is going to be really good and it shows the face really clearly.

Another thing I like about this skin is that it is not so colorful or shiny and that makes it less noticeable so it’s going to help you a little bit with the backside of the skin. We have several slug drones and a small charm but these items will go away once you keep a backpack so you have to keep that in your mind too.

Now let’s move on to the other items, the lucky draw is based on the odds of these items: 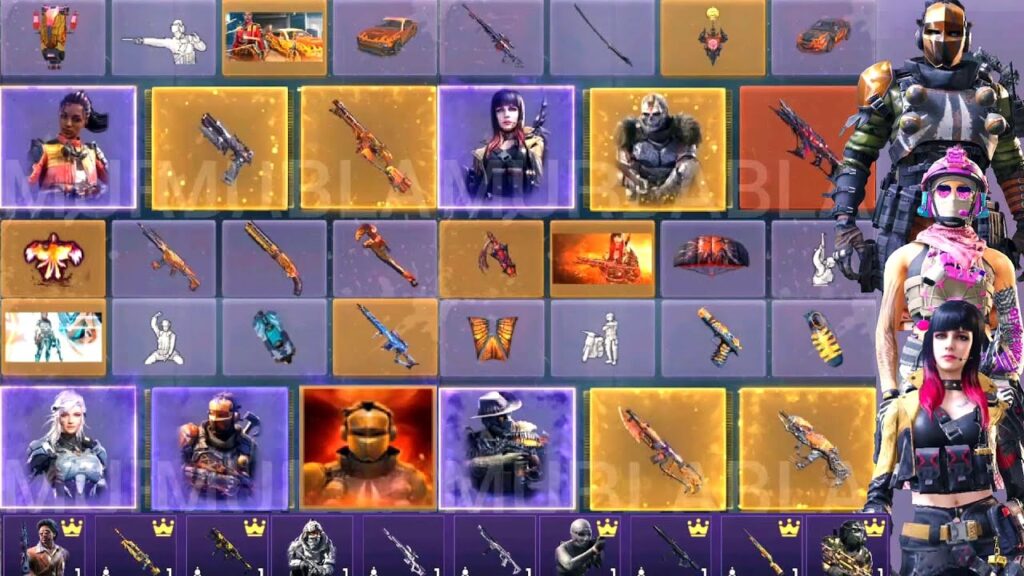