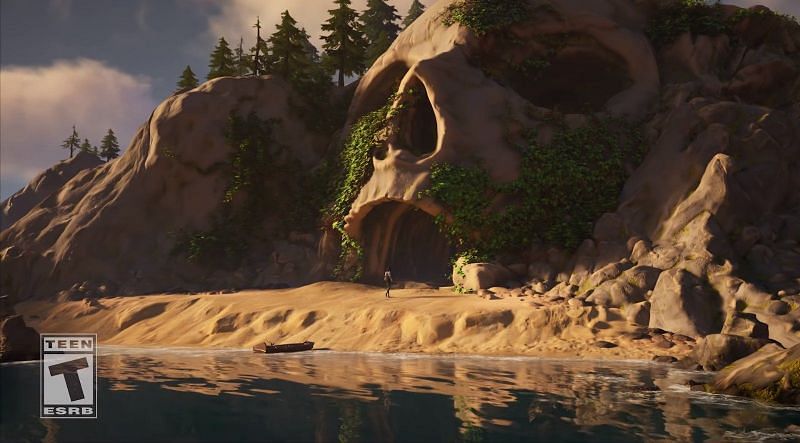 New Grotto Location in Fortnite; Fortnite is working in chapter 3 season 1 for a time now. And players are in curiosity in every time that new things shall come over and over daily without any stop. And today a new thing is again coming up which I will cover completely in today’s topic. So make sure that you read the complete article and I will make sure that your one minute will not be wasted. So a thing is there 9in the game namely POI and it was clued for it that it is decreasing slowly day by day. This thing was indeed by a lot of players while playing Fortnite. From this, we can sort of think that A.L.T.E.R  is going to be again in the game.

Winterfest 2021 is presently in full swing, and the entire island is soaked in Christmas cheer and celebrations. While the holiday season is a great time to unwind, Epic appears to be hard at work on the semi update after the holiday event concludes. According to new sources, the developers are planning a major update for Fortnite Chapter 3 Season 1 (possibly in the second week of January) that would make significant modifications to the map.

Fortnite has already very new locations that were come up early and there is one other thing that we are gonna see after a few days in our Fortnite game. And I think people will definitely gonna love it so much. So the thing or you say location that is coming up in the Fortnite is Grotto location. So it’s been launched earlier also and then after some time, it got replaced. And now it is coming again in Fortnite. So this is the location that can be named Grotto 2.0. And today I will tell you about what you wanna know about this topic new grotto location in Fortnite

Where Grotto Location Will Be in Fortnite?

Despite the lack of official confirmation, numerous reports indicate that a new Grotto may indeed be introduced to the game. The article analyses the leaks revealing the arrival of Fortnite Grotto 2.0 in the game’s Chapter 3 Season 1. The new Fortnite Chapter has brought with it the usual torrent of new material, including big map changes as well as new features in the creation of new characters and other additions. A host of new features are being added to the game as the season progresses.

Is the Grotto Location as Good?

As per a new Fortnite Chapter 3 leak, the game will have a new Grotto. Which would alter the gameplay experience for players. The prior and original Grotto was classified as a Point Of Attraction for Battle Royale. And was included in the game. The Fortnite Chapter 3 Season 1 map may be the best map refresh for the game. Thanks to Epic rotating the map on its axis. However, new reports indicate that the devs are considering adding “Grotto 2.0” to the Chapter 3 Season 1 map.

So this was all about that was come by my side and that what I got regarding this topic I had all that in front of you and if you like the information and want to encourage my efforts then make sure that share it with all your friends and your close mates so that they also get to know about this topic and the new loc nation of Fortnite that I coming up in the game. And in case you want to know extra or have a query regarding any game just comment it below in the comment box and I will definitely try to read and solve that thing.