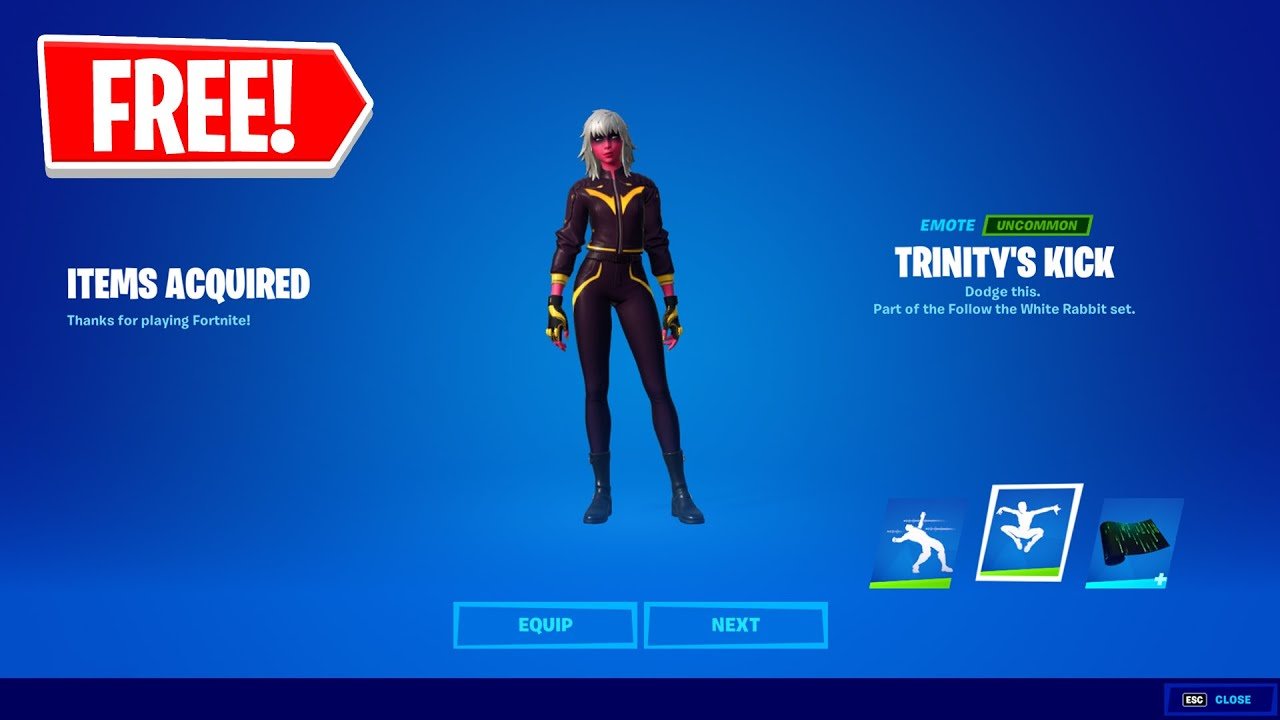 I will tell you about the new set ” Follow the White Rabbits ” in this essay. This new set is available in Season 1 Chapter 3 in the game Fortnite. During an ongoing winter event, the new Fortnite Fortnite Follow the White Rabbit Set Emotes Emote was released, along with a new wrap and two more emotes, and the community is excited about the new rhythmic emote. Emotes are simple emoticons that were introducing early in the game.

Emotes can be purchased with V-Bucks in the Item Shop or acquired with the Battle Pass. The post discusses how interested gamers can obtain the latest Fortnite Follow the White Rabbit Set Emotes.

This is a new Fortnite bundle that was only published today, so it’s tough to speculate on its future appearances in the Fortnite Battle Royale item market. It includes two Fortnite items of uncommon rarity and one Fortnite item of rare rarity.

Players have been exposing to the new Follow the White Rabbit Set emotes and wrap as another present, after the free Sentinel Glider as one of the Winterfest 2021 Presents. Chapter 3: Season 1 was the first to release it. The emote includes moves that allow users to engage with one another by waving, dancing, or doing any number of other actions.

The dance is a looped snippet from the chorus of the song, rather than the entire song. Emotes were always a popular favorite in the game. Players can choose from a large number of Emotes and Emoticons in Fortnite. Before moving on to Chapter 3, the most recent ones from Fortnite are the Fortnite Follow the White Rabbit Set Emotes. Once we purchase the skin, it will dance whenever we want it to.

These are a type of cosmetic item in Fortnite: Battle Royale that players can utilize. It does not affect the game. Wraps debuted with Battle Pass Season 7, and they were only available to those who purchased the Battle Pass. As they were not available through the free tiers.

To match a theme wraps change the appearance of weapons and vehicles. Currently, the majority are of the Rare rarity. It wasn’t an issue of hope after the Glider; it was a matter of bullet time. The Fortnite Item Shop now has the Trinity’s Kick Emote, Neo’s Bullet Time Emote, and the Ones and Zeros Wrap.

Two Fortnite emotes and one Fortnite wrap are include in this White Rabbit Fortnite package. As previously stated, this bundle does not include any Fortnite skins. This Follow The White Rabbit package will set you back 800 V-Bucks.

It’s available for purchase in the Fortnite Chapter 3 Item Shop. In addition, the following Fortnite Battle Royale cosmetics are include in this White Rabbit bundle:

Ones and Zeros Fortnite Wrap: