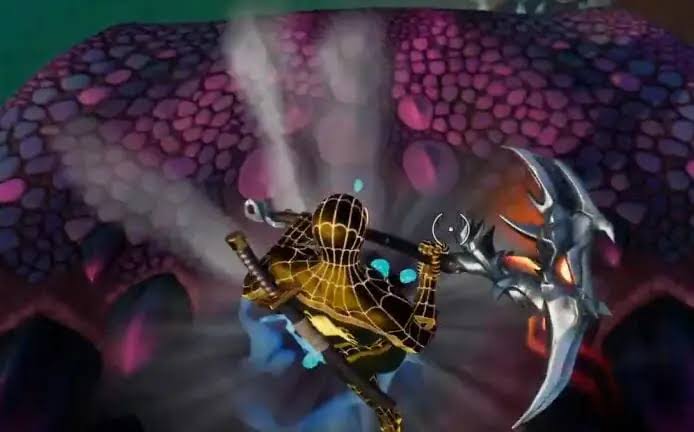 Glide 150 metres after launching from a Klombo’s blowhole: Klombo’s have become the point of discussion in Fortnite for quite a while. Epic games have added Klombos as part of the update 19.10. The update brought the gentle giants into the game and the hugely popular tilted towers back into the game. After the update, Epic games has been marketing and putting Klombo’s more than anyone could have expected.

Keeping aside last week’s challenge, Klombos have become part of this week’s challenge as well. We are officially into Week 8 of Fortnite Chapter3 Season 1. In this week’s set of challenges , players have to glide 150 meters after launching from a Klombo’s blowhole. This challenge might sound tricky, but the challenge is super fun and easy to complete.

We at officialpanda.com have put together this article, to help players complete the challenge easily. Read on to know more.

There is no strong knowledge about the origins of Klombo’s in the world of Fortnite. But going by the lore, the gentle giants have been in the island of Fortnite right from the beginning. Due to very heavy snow cover, they were completely stuck and couldn’t come out and move around. But the island of Fortnite flipped and the climate change took place and Klombo’s have come out. There is not much to know about these gentle giant creatures, and the knowledge is very limited as well. It is established that Klombo’s are peace loving and  love Klomberries. Klombo’s do not attack any loopers on the island, unless and until they are provoked. The blowhole  for these gentle giant creatures right on top of their head. Klombo’s even shoot rare items out of their blowhole. But they shoot them at unexpected items.

Glide for 150 meters after launching from a Klombo’s blowhole :

Here are some of the steps, that players need to follow, to complete this challenge successfully and unlock the 25,000 XP.

Some players might not complete this challenge on the very first attempt, and its absolutely fine. Players will need a little bit of luck, timing to completely have a safe launch from the blowhole and complete the challenge. Completing this challenge might take a little while.

There are many players that enrage the Klombo’s in an attempt to kill them in the game. When Klombo’s are enraged it  is better to run away for safety. Killing a klombo in Fortnite is impossible. Klombo’s shoot out valuable loot out of the blowhole from time to time.