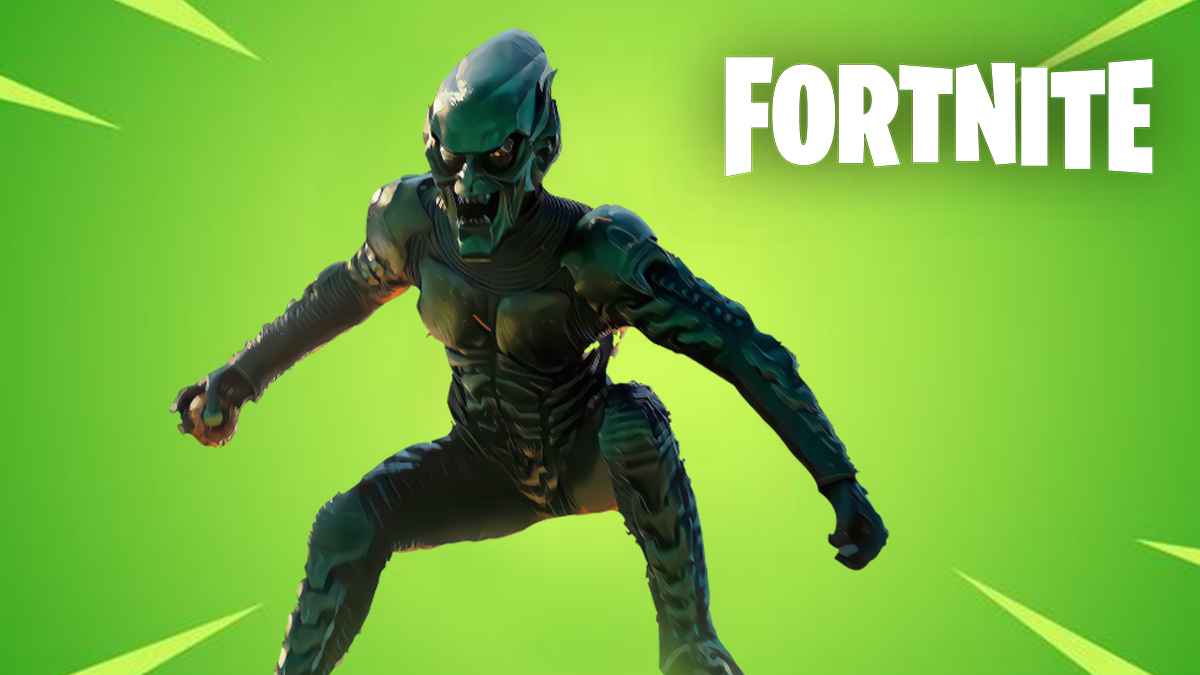 Fortnite Green Goblin Confirmed. The Green Goblin will soon make its way into Fortnite, where he will be available for purchase as part of a larger cosmetic bundle in the Item Shop. Norman Osborn’s iconic alter persona, along with his long-time rival Spider-Man, will soon join the battle royale shooter.

Data miners such as @HYPEX and @ShiinaBR discovered this by looking behind the scenes at the game’s Application Programming Interface (API) will see what upcoming patches might offer. Actually, many of the fortnight fans are already eager for this Green Goblin. Many of them are trying to somehow manage to bring the Green Goblin to the game. In this article, we are going to cover each and every small and brief detail regarding this character and its bundle in Fortnite. If you guys are also looking for the same you are at the right place. Read the article further for more information.

These accounts have previously supplied accurate information on important Fortnite upgrades, such as the recent release of Klombo dinosaurs and the new Tilted Towers edition. They’re notorious for disclosing upcoming gameplay mechanics and map alterations, as well as testing new Item Shop features before Epic Games makes an official announcement.

Having said that, they are quite trustworthy sources when it comes to these matters. @Shiina recently shared a sneak peek at the Green Goblin in Fortnite, along with Hawkeye and Kate Bishop costumes. This last pair has since been added to the game’s Item Shop.

What Does the Fortnite Green Goblin Bundle Include?

The suit, which recalls the silver-age version of the comic-book villain more than any of his big-screen portrayals, is unquestionably the major attraction. He’s wearing a traditional purple shawl, elf ears, and a rictus grin on his mask. Check out @iFireMoneky’s tweet for a more detailed look.

The bundle will also include back bling that looks like just an active pumpkin bomb, an emote that shows you arming the explosive device, a loading screen, a special harvesting tool, plus, of course, the goblin glider for whenever you need to make a spectacular arrival to a game.

The Green Goblin bundle will feature all  the following cosmetics after the launch:

Though Epic Games hasn’t announced a release date for the Green Goblin bundle, we do know that he was included in the v19.10 patch’s code (which is how the data miners discovered him).

Considering that perhaps the Hawkeye packages have already been added to the Item Shop (as indicated above), the Green Goblin shouldn’t be far behind. It is expected to happen within the next week, as per leakers; otherwise, it’d have been incorporated in a recent patch).

At this time, leakers have not announced a release date for the Green Goblin Fortnite content, but they do believe it will be purchasable in the coming weeks.

This makes perfect sense, given that Epic Games already had Spider-Man material available via the battle pass.