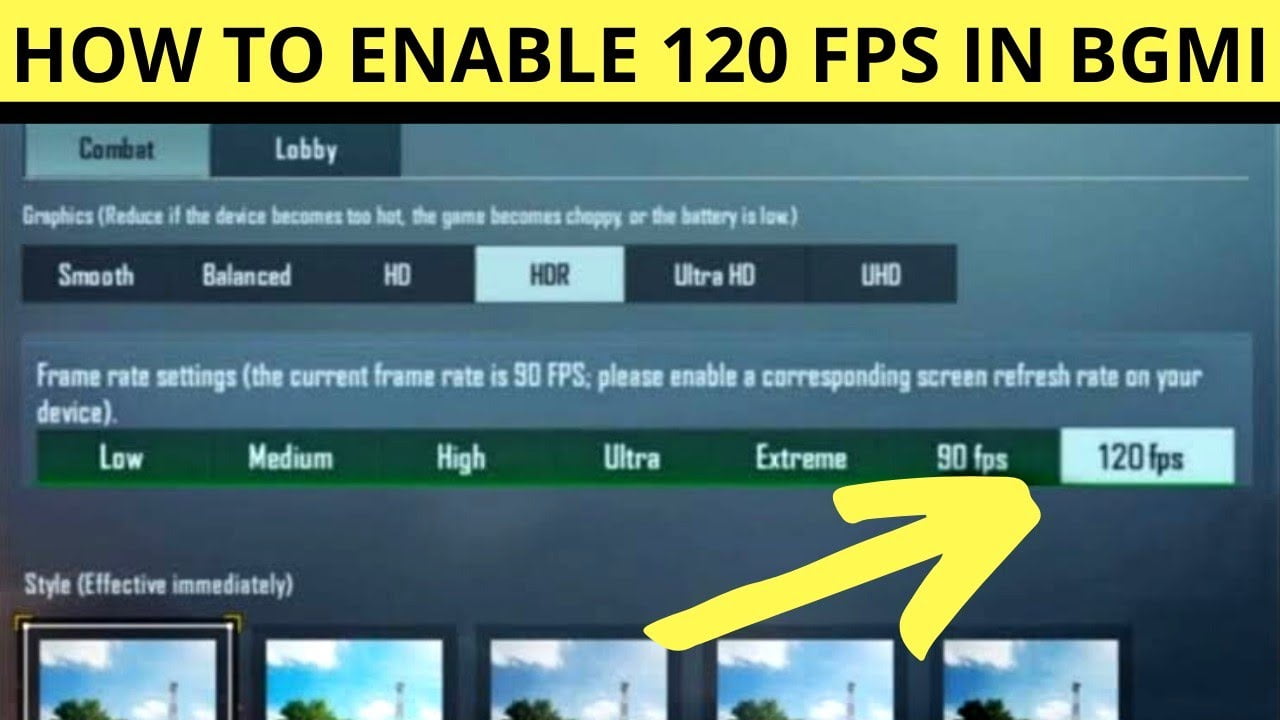 120 FPS GFX Tool for BGMI: BGMI as we all know is the best game in terms of action and graphics. The game has so many plus points but also has some negative points. One such is that your Frame Per Second better known as FPS has a great role in the game. The FPS depends upon the device. So, this makes a large difference between players.

Players with low-end devices always have a little disadvantage while playing with players who have high-end devices. A player who has a low-end device has a maximum FPS of 60 which make it difficult for the players to play the game smoothly while playing a match they would be able to play in 60 FPS but still, their match would be full of bugs and the game would really lag a lot when the connection is not stable.

So in today’s article, we are going to discuss GFX and most importantly HOW TO GET 120 FPS by GFX TOOL in BGMI with safety?

Now here comes GFX which is used as a short-form of Graphics. GFX basically enhances the gameplay of skillful low-end device players. GFX works as a tool that helps players with a low-end device to enhance their FPS without getting lags and bugs and making them able to play the matches smoothly. The best FPS setting is 120 FPS and if your device is not compatible with 120 FPS then the second-best setting for FPS is the 90FPS.

How to get 120 FPS GFX TOOL for BGMI with complete SAFETY?

There are so many fake apps that are just namesaked GFX Tools. But still, there are some genuine apps that really enhance FPS settings by using GFX Tools. Now we reach the main topic which is HOW TO GET 120 FPS GFX TOOL in BGMI?

Today we will inform you about the app which is genuine. To get 120 FPS GFX TOOL in BGMI you have to follow the following steps :

STEP-1: You have to search for LFX Tool, in the PLAY STORE.

STEP-2: Once search results appear you have to select the LFX TOOL CUSTOM application whose logo is mainly green. It won’t require more space. You can download it. It is a trustable application.

STEP-3: Once you have installed it you have to open it. When you open it interference page would be opened it will ask you to agree to give the app access to storage. Below PRIVACY POLICIES there would be an option of check permission you have to click on that.

STEP-4: Once you click on that it would ask for access to the STORAGE of your phone. Just click on ALLOW. After that, a CONTINUE option would be there click on that you’ll reach the application.

Step-5: After you reached the application click on the option PUBG and in PUBG click on the fourth option ‘BattleGrounds Mobile India’.

STEP-6: Then you’ll see the FPS Files second last in the list and at the side of click on the option of OPEN. Then a few FPS settings would be available. You have to hold the 120FPS or any other which you desire.

STEP-7: You’ll see a notification of SUCCESSFULLY APPLIED. Then to launch the game you have to click on the rocket which could be seen at the bottom.

And it’s done you can play BGMI on your low-end device with 120FPS. In the app, you’ll see some more options for games like FREE FIRE so you can also use it for other games.