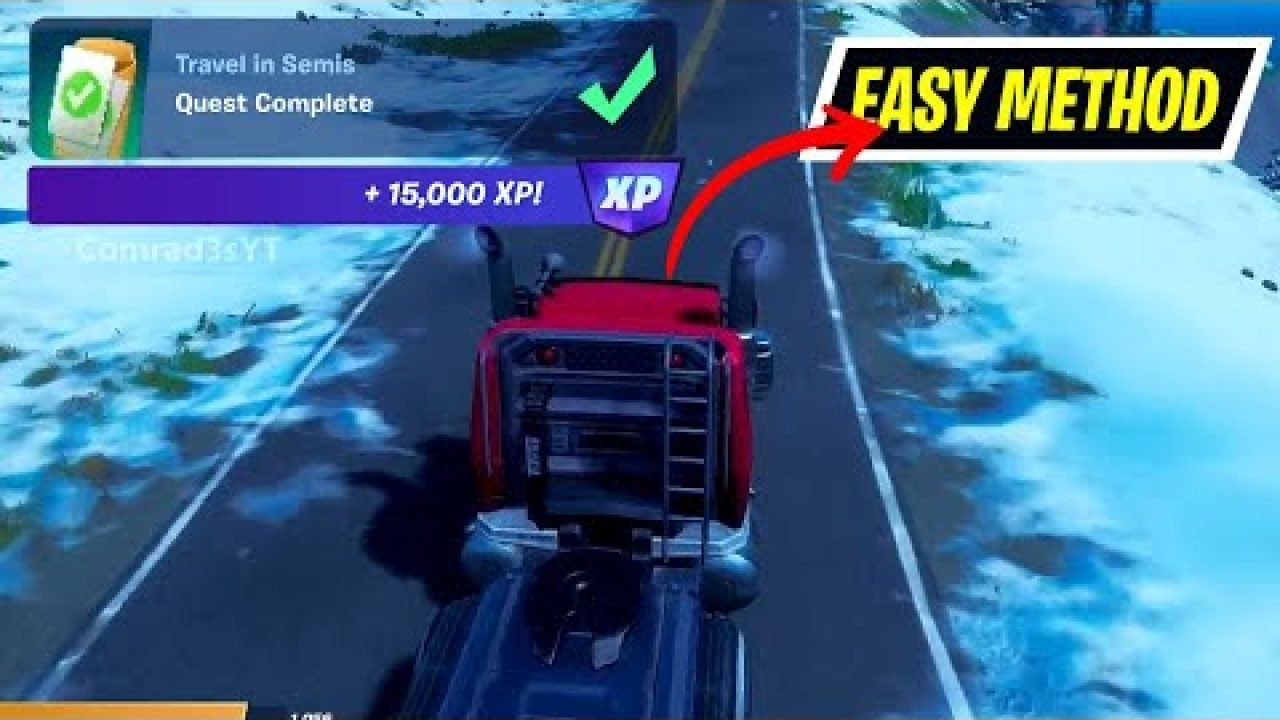 Travel in SEMIs – Fortnite: Fortnite is off to a great roll and with every passing week, there are loads and loads of new content dropping in the game. With the new update V19.10 – a lof new details and POIs have been added back to the game. After squad crashers and many other vehicles, finally, it is time for another vehicle from real life, to be recreated in the gaming world.

Fortnite has introduced Semi Truck in the game, and many players would not have paid much attention to this one. And there is a daily quest pushed by Epic games, to make familiar with the introduction of Semi Trucks in the game of Fortnite.

Fortnite has an amazing set of challenges for its players and has engaged them brilliantly, and the attention to detail and the variety it brings to things is also one of the biggest factors – Fortnite has become a big success.

Travel in Semis is one of the daily challenges for the players. By far, it is one of the easiest challenges that has ever made it to the game. Here is our guide on how to complete this challenge effortlessly.

When players are at a high level in Fortnite, they will unlock many exciting suits and can suit up as their favorite character as well. The daily quests and weekly challenges will help the players immensely, the players will get a better understanding of the map, which will, in turn, help a lot while playing in Battle Royale.