SG Saumraj BGMI ID, State, BGIS Performance; So in this article, we are going to give you all information about sg saumraj who is a great BGMI player and he plays pubg mobile from the first. He is an Indian competitive BGMI player right now and known for his assaulting in the Indian gaming community. He has been with many orgs, sponsorships and many other players and also played in their teams and also got his best assaulting power in BGMI. Currently, he is very famous on youtube right now because he won many tournaments and in this article we are going to give you a piece of full detailed information on saumraj.

On his BGMI ID, his BGMI stats, his BGMI and BGIS performances and many more about him. So read this full detailed article about saumraj who is a great bgmi player and everyone appreciates him even godl Ghatak in BGMI also appreciates him for his great ability to give and assault. Saumraj is now a great part of the BGMI community to know why please read the article full below and read the further details below so do check it and read this article till the end.

Sg saumaraj’s full name is saumya raj and he is currently popularly known as sg samuraj in the whole world community of gaming in BGMI and in the PUBG community and he earned his respect. He did many hard works from an underdog player to a T1 player he had the name behind hard work himself and made everyone and his family realised that he can also make a career out of this BGMI gaming community. And also take as a profession.
So saumraj started streaming his gameplay videos of his and started uploading it on youtube and Battle grounds mobile India BGMI was one of the games he did purely on streaming and competitive.

One of his greatest achievements currently is he made his team skylights gaming win in including in BGIS 2021 and left everybody shocked and speechless by his amazing gameplay. He won the title of redeemer and in top fragger, he was in the second list his team won fifty lakhs after winning in BGIS in the game BGMI. He left everyone speechless and amazed by his amazing performance and he himself won 1 lakh rupees for his other rewards in BGMI – BGIS.
Currently, he doesn’t play classics as he was conqueror player once and is now positioned in platinum, 1 due to focus on competitive career and his youtube career he plays really well.

Here is saumraj’s BGMI stats do check it 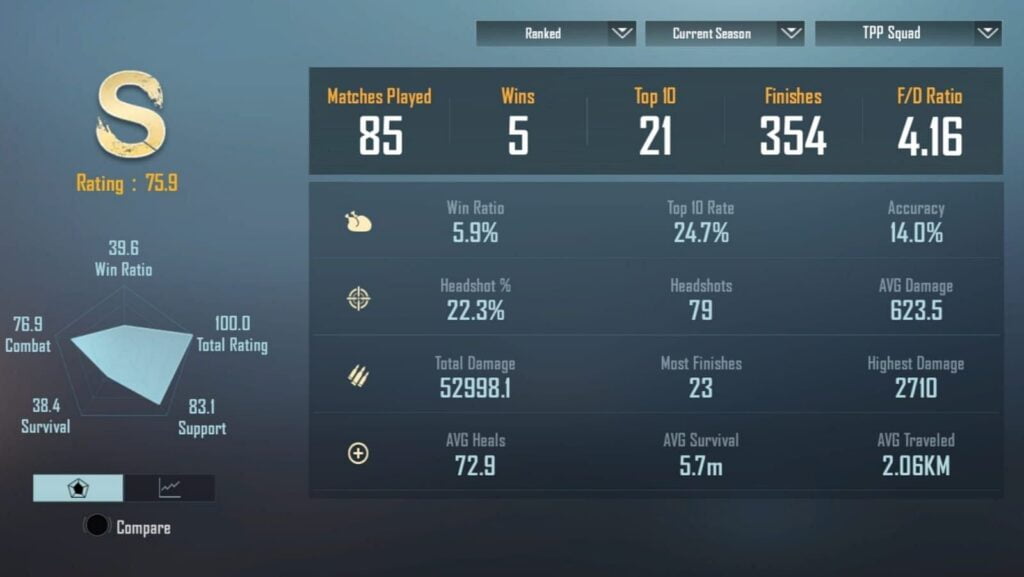 Sg saumya raj stats in BGMI is very nice for this cycle season 1 and 4 he has played total 102 matches classic mode and also in the squad and won 50 matches of them as he is a pro player. he approached the 10 KD ratio in 70 matches and also did 456 kills in 102 matches. These is very amazing stats and the win percentage is 40 percent also with the total highest damage of 3103 is his highest damage. His highest kills in BGMI are 22 kills and the percentage of damage is 52998.1.

Saumraj played really really well and fantastic and played it phenomenally throughout the season of bgis and made his team to reach till finals. He did great igling in the tournament and won the title of BGIS champion 2021 and also he won the trophy. He also won his singular two awards in the BGIS tournament which is rampage freak and long ranger throughout the match and won 1 lakh rupees by this to survive for the longest time in BGIS 2021 and throughout the tournament.