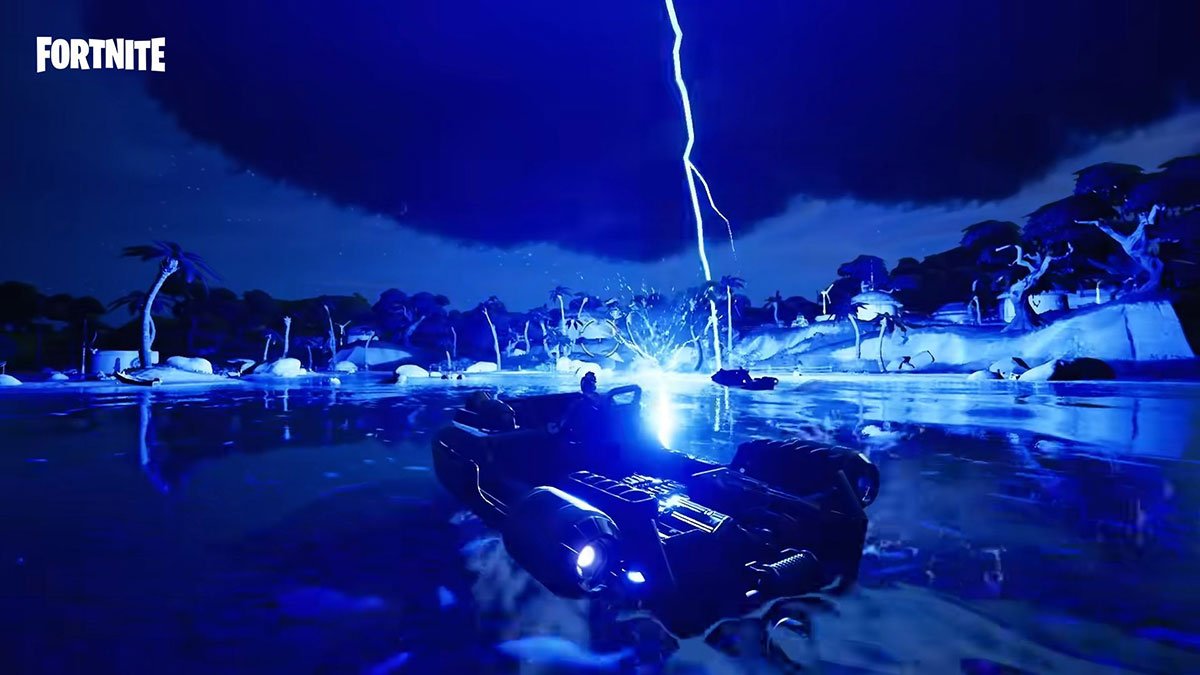 How to get Lightning storms in Fortnite: Fortnite as we all know is an awesome action-packed adventurous video game. It had got its update CHAPTER 3 just a few months ago. In its recent Weather Update, we got to know that the Tornado and the Lighting Storms and also some new Avatars are added to the game.

These updates are very much exciting and add great value and more fun to the game. The developers have confirmed about us about this Weather Update. There is not going to be any downtime so it will just come up directly. So in today’s article, we are going to know about the features of the updates.

How to get Lightning storms in Fortnite: Important Features

Now onwards second io drill can now be seen southeast of the greasy grove. There are five of them coming with regular intervals of time. This one is number two and the rest three of them will be coming every three days.  Once it is all done the names of the five mull teams or the io drill teams will spell ORDER.  These teams’ names will be

When this would happen COVERT CANYON is a new poi that should be dropped by the next week with the mid-season update. Tornadoes are also one of the most waited and have really high expectations from the players. The tornadoes bring a new aspect, charm to the game making it more adventurous and fun for the players, and also it will help to attract a lot of players which would ultimately help the game to earn more and more revenue through players and make the game more popular and a common name in people’s mind.

These tornadoes would take 25 seconds to be formed. After they are formed they will last for eight minutes or 420 seconds. These tornados could move so they won’t be present at one location where they spawned for 8 minutes straight. They will move around the map for continuous 8 minutes.

There are chances that multiple tornadoes across the map at once are based on some gameplay trailers stuff. The tornadoes are also included in challenges. Even have a Tornado Challenge. According to patch notes, objects will glide in a tornado you can also glide in the Tornado.

Another feature along with the Tornado is the Lightning Storm. The lightning would take place in eight sets. Lightning Storms will take nearly 8 seconds to form up. They will be present for 3 minutes or 180 seconds straight. From some gameplay trailers and other stuff, we can assume that they also would keep moving on the map.

We can assume that the cloud would move around the map and lightning would strike at regular intervals on the map. This lightning can strike two to three players at once. The lightning that is struck would damage you 10XP. But still, the hit increases the speed of the player for a few moments.

How to get struck by the Lightning Storms

To get struck by the lightning you have to locate a black cloud forming on the map. After that, you have to jump into the water body or get to the highest point possible. When the lightning hits you once it won’t hit you a second time so you should not waste your time getting struck by a lightning twice in a single match.

There have been rumors about avatars like Spongebob, The Last Airbender, and The Legend of Korra and some more avatars will be added to the game in the near future. If the rumor turns true then it would be all good for the players and game as the fans of  Spongebob.

The Last Airbender and The Legend of Korra could also start playing the game, and hence it could gain more revenue make money. Also, it could add more players to the Fortnite community and popularize FORTNITE across the world.

Read More: How to Get 2FA on Fortnite: Easy Steps