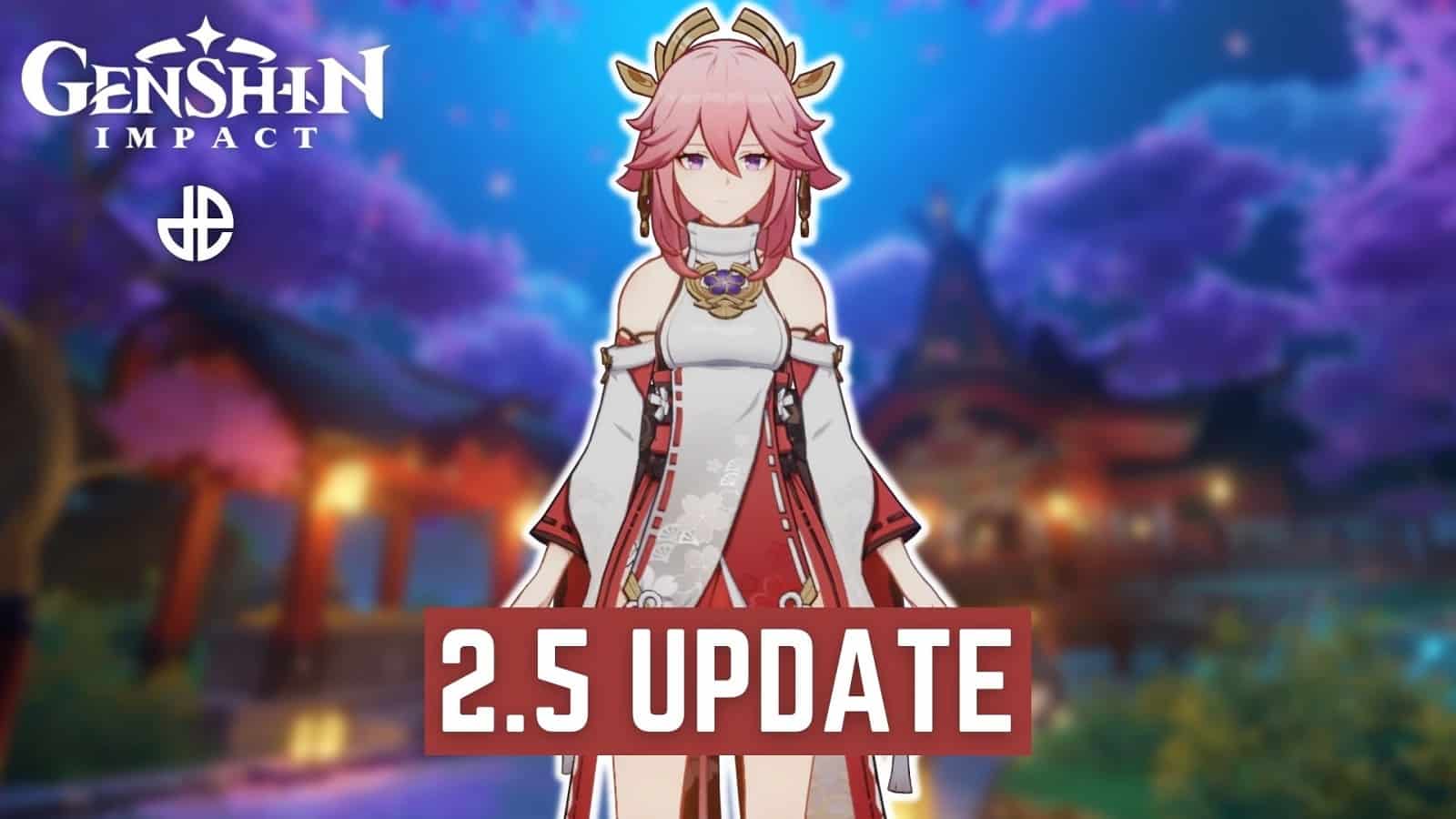 Genshin Impact 2.5 leaks | Yae Miko info and new characters: One of the most exciting aspects of Genshin Impact is the introduction of new characters. With an ever-expanding roster, miHoYo is speeding up the gacha system’s rotation and introducing more banners every update. Updates are often exciting because they provide a slew of new features and improvements. Players will be pleased to learn that this impending update has a lot in store for them. These updates are released not just to provide new material, but also to repair any bugs that may be creating problems.

Although Genshin Impact 2.5 is still a few months away, the community and data miners have begun creating the lineup for subsequent banners. Everything we know about the upcoming Genshin Impact 2.5 Banners, including when they’ll be released and which characters will be included, is listed below.

Every Genshin Impact update includes a six-week cycle that is split into two parts, each featuring two banners.

The first part of Genshin Impact 2.5 will premiere on February 16, 2021, with Yae Miko as the new 5-star Electro Catalyst character. Despite being a close ally of the Electro Archon, the Head Priestess of Narukami Shrine played an important role in the plot, assisting the traveler in his struggle with Baal. Leaks suggest that Kuki Shinobu will be released with Yae Miko. Kuki is Arataki Itto’s sidekick and a 4-star electro character, in keeping with the stunning electro motif of Genshin Impact 2.5.

We don’t have any definite information on the Banners that will be included in Genshin Impact 2.5 yet, but we expect information about the new Banners and Banner Re-Runs to be released ahead of time! To try to prevent leaks and disinformation from spreading around the player population, MiHoYo will now announce new fighters and playable content for forthcoming updates on Twitter…although leaks still continue to make their way out of the studio and into the player base.

At this time, no new characters have been announced for the upcoming Update; however, we will update this page if new characters are disclosed. The unveiling of a new Free 4-star Catalyst with a design that resembles Kokomi causes gamers to assume she may return as the first phase’s second banner. Given that the tale takes place in Enkanomiya, the ancestral homeland of Sangonomiya Kokomi, it’s only natural to see her return.

The first Genshin Impact weapon will have a new 5-star catalyst known as Kagura’s Verity, Yae Miko’s hallmark weapon. The catalyst has the appearance of a Kagura Suzu.

The following are the stats for the forthcoming Catalyst, a 5-star game:

Secondary stat – 66.2 percent Base Attack: 608 Crit DMG Passive R5: When an Elemental Skill is used, the Shinra Dance is performed, boosting the Elemental Skill DMG by 24%.
The effect lasts 12 seconds and may be stacked three times. When three stacks are obtained, the wielder receives an additional 24 percent damage boost.

Although there hasn’t been a lot of information on Yae Miko’s abilities revealed, we do know a few things thanks to the Wangsheng Funeral Parlor Discord leaks.

Many aspects of the game have previously been released from the WFP Discord, and there’s little reason to doubt these recent Miko leaks.

We now know that Yae Miko’s Elemental Skill will be called Heavenly Fox, according to the leaks.

Miko will be traveling quickly and leaving behind a Lethal Sakura as a result of this talent. This Sakura will not only give Electro DMG to one nearby adversary through lightning, but it will also team up with other Lethal Sakuras to increase damage.