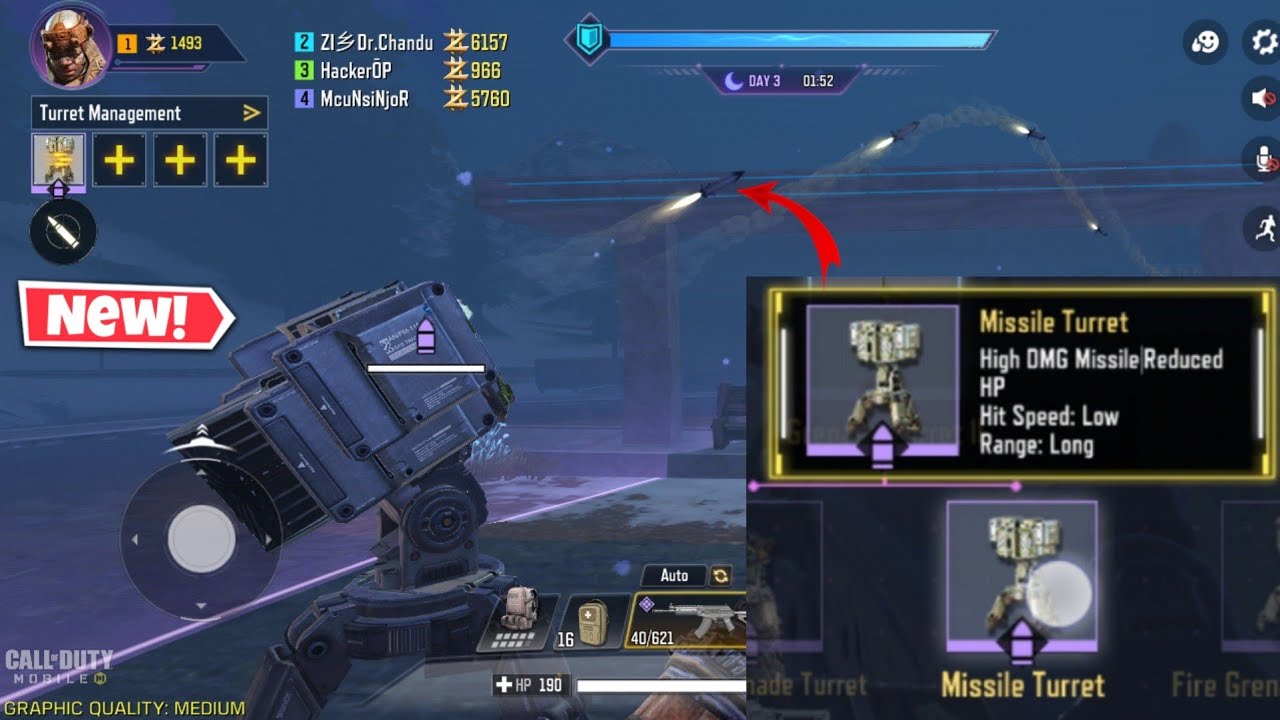 COD Mobile Zombies Build a Level 5 Turret in Undead Siege: COD mobile is a multiplayer game in which there are many modes to play in game one of the missions is to make in zombie mode level 5 turret in undead siege easily so we are going to show that:-

Undead Siege is a brand new Zombies mode coming to Call of Duty Mobile. Call of duty mobile s6 released a new zombies mode experience very good in the game known as Undead Siege. Call of duty mobile players go and play with squads of 4 and fight with zombies hardly and fun for five whole nights in hard mode and casual mode to the night waves are very powerful and hard that zombies start coming in a row and our aim is to fight with them in five nights center being apart by zombies and kill them.

players have every defense system in different eaves to protect themselves and their team every player on the team can upgrade up to 4 turrets at different levels and each should have to know how to make them.

thus, this article will show u how to build turrets and complete the missions in the call of duty mobile India and materials will be found as ground loot from airdrops, and by defeating zombies and completing daytime missions in undead siege mode.

COD Mobile Zombies Build a Level 5 Turret in Undead Siege – Nightmare Task Complete In that latest Undead Siege tutorial, get a glimpse of how turrets work, how they are upgraded, and how vital it is to be able to turn them into powerful defensive weapons. All turrets start as basic sentry turrets, but can be changed into powerful grenade turrets, cannon turrets, fire turrets, and more! Utilize turrets effectively or you will not survive the undead hordes for 5 days and 5 nights.

How To Build a Level 5 Turret In Undead Seige In Call Of Duty Mobile.