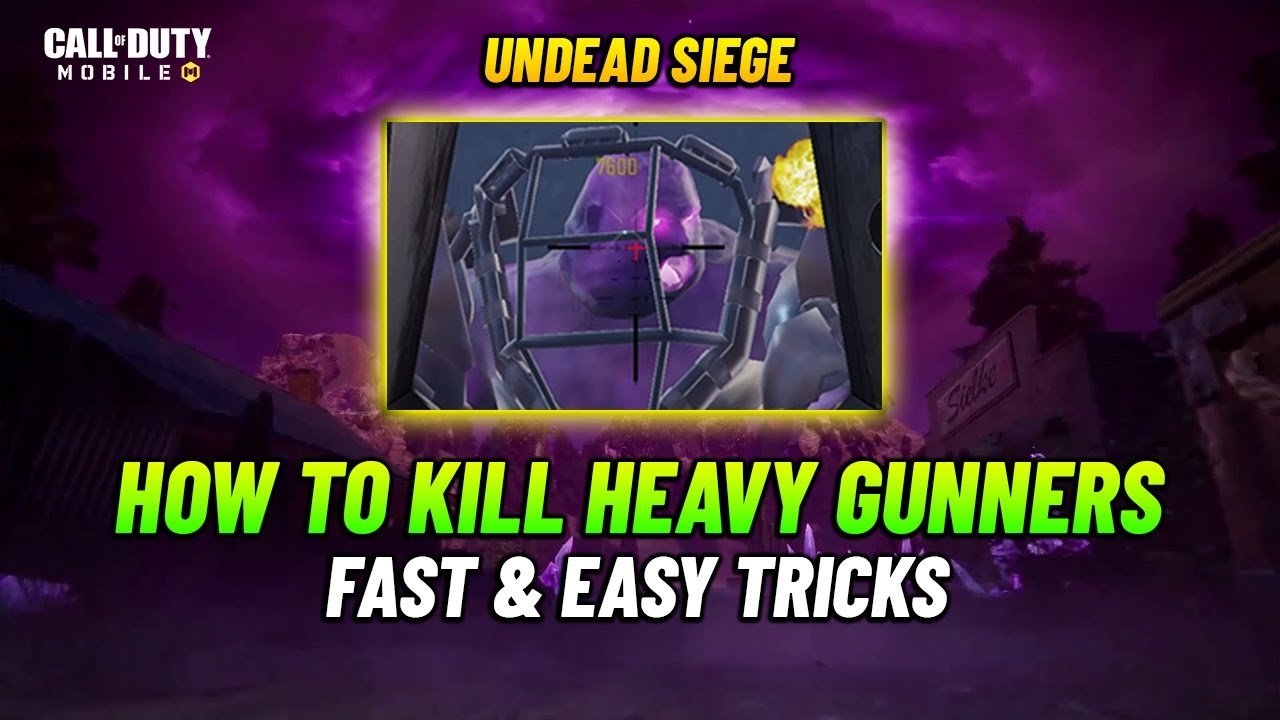 COD MOBILE Zombies Kill 5 Heavy Gunner Zombies: The Call Of Duty is a game with classic multiplayer modes such as Team Deathmatch, Domination, and KILL-Confirmed on iconic maps such as shipment, raid, and standoff, as well as 100 player battle royal. You can download it for free at the play store, app store, it’s free to play on both android and IOS devices.

Call of Duty is a first-person shooter game developed by Timi Studio Group and published by Activision. the game was released on October 1, 2019. it saw one of the largest mobile game launches in history, generating over US$480 Million with 270 Million Downloads within a year.

season 11 0f call of duty mobile has been launched on 17 December 2021. and with it we all call of duty players have got one the great zombie experience. the name of the season was Final Snow.

In the last week of the season – week 8 you have got new missions in call of duty mobile it one of the missions was to kill 5 heavy gunners and we have come here with the information of it. for doing the mission you have to follow the following tips

Start Undead Siege Hard Mode And On 3 nights, 4 nights, day 5 nights, you will find this heavy gunner zombie. you can use a shotgun, sniper, or death machine to kill fast, you can aim at your head and use a crossbow to kill fast.

You can find heavy gunners in a great spot with 100% of chance. Play Zombie Zoo – Welcome To The Jungle (Chapter 2/4) on Easy with players set to 4. play through the level until you get to the checkpoint where it says Push Forward. When the guy starts talking you’ll know you’re at the correct checkpoint. when you go towards the objective you’ll end in forest-y area where, first, you’ll kill a bunch of creepers.

Best Gun In Call of Duty

The Question Of Best Gun in Call of Duty Arrives When The Management of Game Call of Duty adds many weapons in New Update. there are many best weapons but it depends on your skills on a particular weapon that means if you think the pistol is a weak weapon but if someone has skills on a pistol then he might be killing enemies who have best weapons which you think like sniper, machine gun, etc. overall it all depends on your skills and mindset.

The High Tier Loot Zones in the game are Basically areas with great loot and weapons in the game. this allows the Players to get the help of these high-tier loot zones.