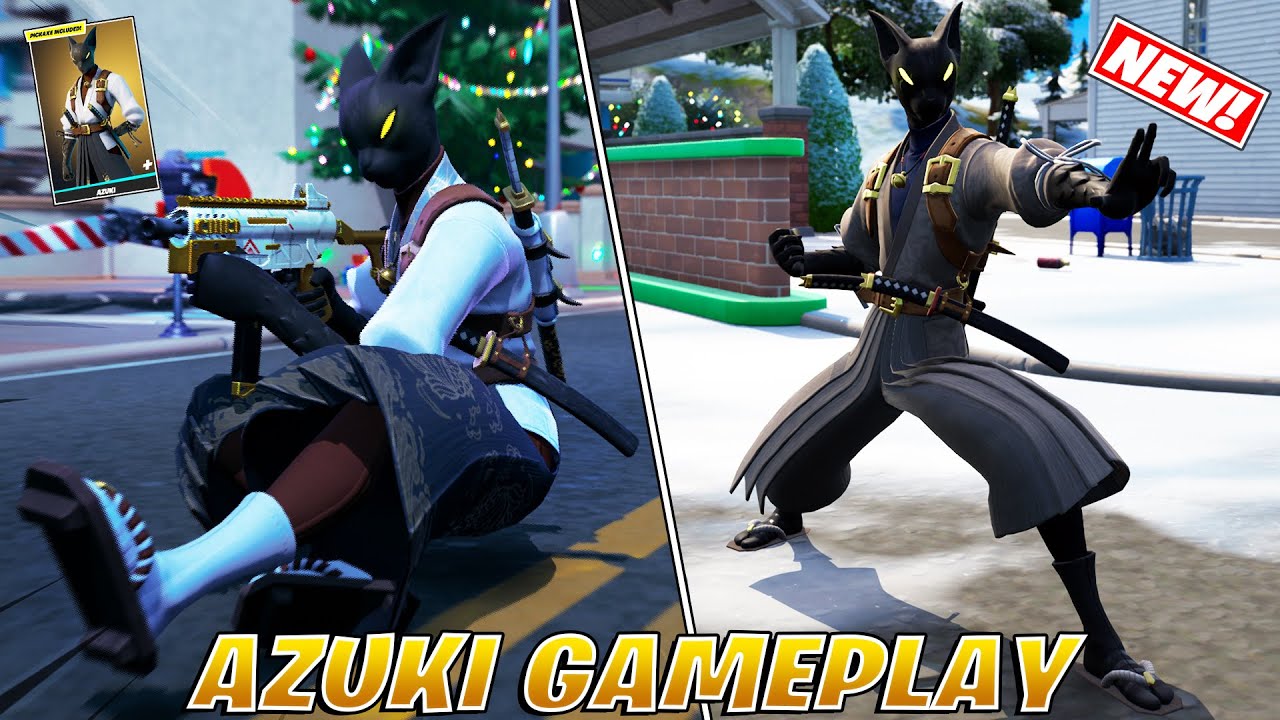 Azuki Skin Fortnite: A brand new skin has made its way into Fortnite. And it’s the Azuki skin. The skin was released as part of the brand new and first update of the ongoing Fortnite Chapter 3 Season 1.  Apart from the skin, the update has quite a lot of breathtaking things in store for its fans. Along with the Winterfest 2021, there are some very interesting map changes, that have been made and the much anticipated Imaginary order is also returning back.

The ongoing storyline of Fortnite chapter 3 is tentatively titled ‘Flipped’ and Epic games are bringing out so many exciting new things to spice up the game. And make it more and more interesting for the existing players and luring the new players. There have been strong rumors about Aeroplanes making their way into the game and there was a little challenge. That was part of the ongoing Winterfest 2021, which had the players collect toy planes, from different POIs. This was a little setup and tease on what’s to come as Fortnite is going to keep expanding.

If you are a fan of Dragon Ballz, you would have guessed, that the skin looks very similar to the character of Beerus. Beerus was present in the hugely popular Dragon Ballz: Battle of the Gods. Beerus is also known as the God of Destruction. Azuki looks like a cat that was inspired by the ruins of Ancient Egypt.

According to the developers – Azuki is being described as the most powerful and wandering warrior, who is destined to end all the Whiskerian Wars. The part of the Whiskeria Wars sounds very promising since we have no idea about what the developers have in store for the players. Within the short tease, the players were given, Azuki came with a lot of multiple styles and many in-game cosmetics.

If you are one of those, who are eager to know more about the character of Azuki and want to know how to get his character skin from the store. Rest assured, you are in the correct place. We have the information, that players need to know about Azuki.

Azuki Skin Fortnite – How to get it :

The brand new Azuki skin, in Fortnite, can be bought directly from the store and costs the players 1400 V-bucks. Once, you have launched the game and made your way into the Item Shop. Azuki Skin will be available in the Feature section of the shop. And for paying 1400 V-bucks and after unlocking the skin of Azuki, a set of cosmetics will be made available :

All the cosmetics are part of the set, and cannot be purchased separately and they all come under the Nyanjitsu Set.

Azuki – Is A Rare Skin in Fortnite :

Most of Azuki and the skin or cosmetics related to the character are entirely in blue. And in the terms of a rarity in Fortnite, Blue falls under the rare scale among the players. Azuki skin comes under such a case since there is no official confirmation when the skin might appear again after it is taken off the item shop in the game.

Azuki Skin Availability in the game :

There’s a high chance, Azuki skin might not be available for players in Fortnite – after January 3rd 1 AM GMT. This is the time where the featured section changes. Since there is no real and official confirmation from the developer team about keeping the skin in rotation for the game. Players should buy this skin if they are interested as soon as possible. As the demand is already higher for rare skins in Fortnite. Developers will take great advantage and might keep players hanging teasing the return until the next chapter.