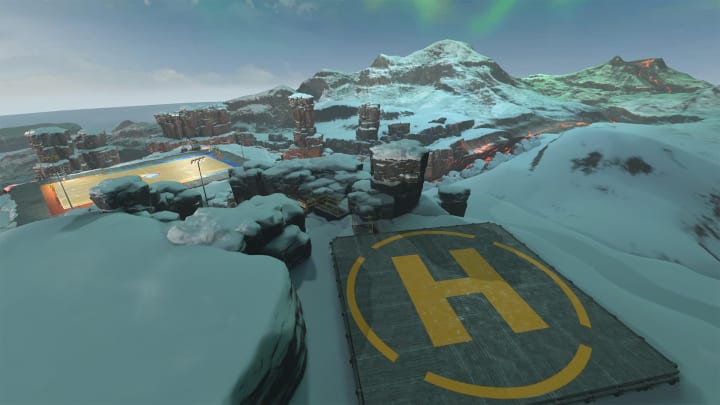 Fire and Ice Event in NBA 2k22: NBA is well known for keeping up the expectation of its players on the skies. When it comes to the overall gameplay experience of these games. You know the answer to this statement. Yes, The experience is top-notch without any doubt and 2k games keep on doing it, again and again, improving the level of the gameplay experience more and more. As time passes by even though. The season still going on. We all have seen 2k games giving the required updates to the players. While ongoing of the season, not like other games in the industry. Whose parent companies wait.

Till the date of launch of the next version of the game. Or the new season of the game has to be launched. This is one of those strong reasons. Which keeps up the game in the top charts of the gaming industry. The excitement amongst the hearts of the players for the NBA game.

NBA is back with exciting things and this time 2k games have been introduced. The fire and ice event for the players to play and enjoy. Even more, than they are already enjoying the best of all time 2k22. The all-new feature is a really cool idea by the 2k games. The only thing negative would be. That is why this feature has been launched so late. If this would have been added earlier to the game.

How to play Fire and ice event in NBA 2k22

Now when it comes to playing a new event. we know that we need to do something more than just to open the game. In our consoles, some say there is an out glitch or many more. But all you have to do is go to deck 4 and it is right next to the barbershop. There you will see a little sign saying fire and ice that’s where.

Best in the industry

Great idea and innovation that’s what players like to see and that what keep up the expectation of the players to the skies. Hats off to the 2k games. They have done it again slaying everyone in the gaming industry once again. One more thing I would like to add is there is no way you are going to win this event easily.

But besides that, You will be getting the participation rewards. Out of the fire and ice event. The background of this event is really amazing. Players are going crazy after this event and once again 2k games have proven. Why they are called the best in the gaming industry.