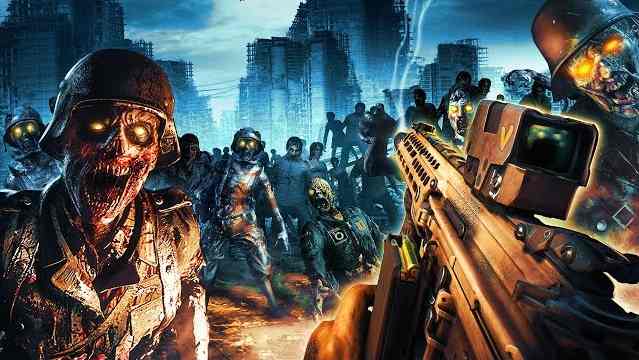 Battlefield 2042 Zombie Mode: Battlefield 2042 was off to a shaky start. The game was super buggy and there were issues of all kinds. Some players used to have a black screen appear. Some couldn’t participate in the game. Sometimes the game used to crash and go offline. But, seems like things are finally starting to change for the better.

Battlefield 2042 has been receiving quite a number of updates over the past few weeks. And with all the updates that game seems to be working in a stable condition. Recently, the developers have released one of the biggest updates for the game, which has improved the overall condition of the game. And bought in so many new features.

The holidays and Christmas are right around the corner and even games are cashing in on this situation. Every year, almost every game comes with a Christmas-themed event in their respective games. This year, the turn is for Battlefield 2042 and they are introducing a holiday-themed event. But with a twist that would excite all the fans.

Battlefield 2042 will be introducing a holiday Christmas-themed event. That will have Santa pitted against Zombie-like elves in the game. Sounds…exciting right? Read on further to know more about the event.

According to several insider reports a 32 player infected style -Attack of the elves game mode will be introduced in Battlefield 2042. The rumored mode will go live in the game from December 16 and be available to play till January 6th, 2022.

The majority of the details regarding this mode are currently under wraps. Earlier there were leaks about a Santa Claus skin which did not impress the fans. In fact, created a lot of controversies as well. But there are some leaks regarding the holiday event that are circling around the internet. The leaks confirm the holiday event is set to commence sooner.

No concrete details about the Zombie mode are available or made official by the developers. The official news or announcement about the zombie mode with all the necessary info could come out any time sooner.