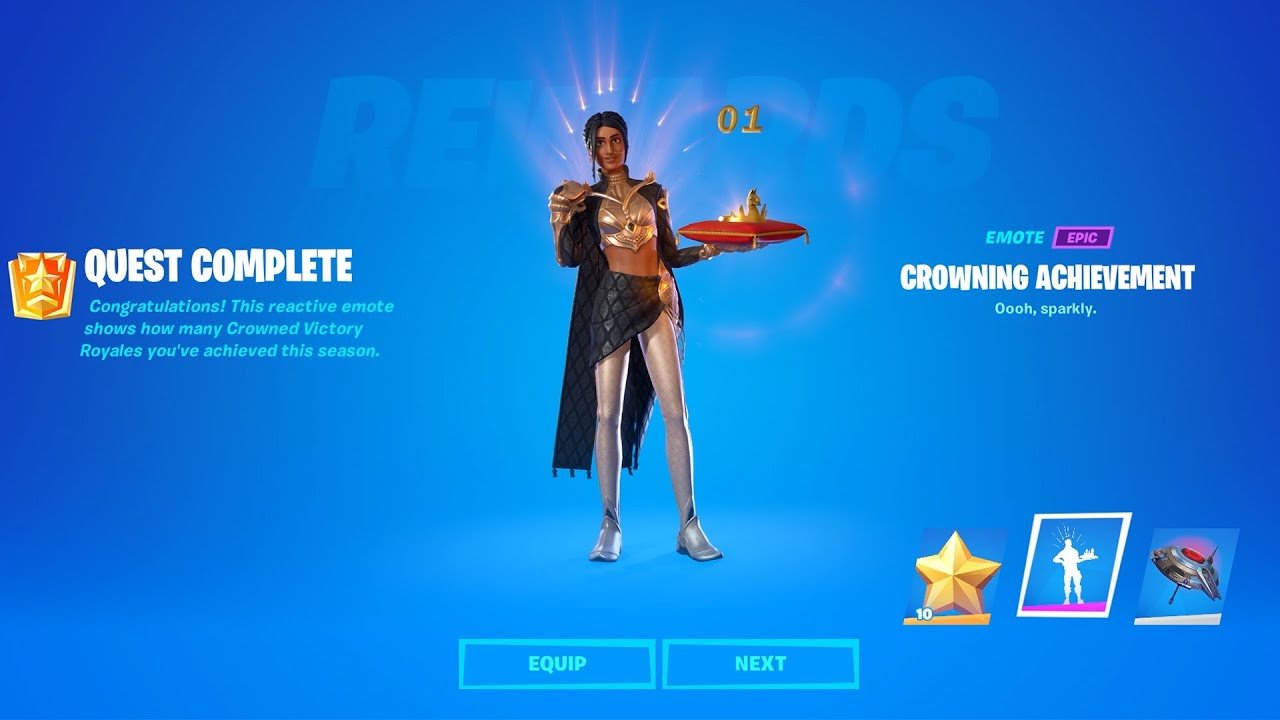 Unlock CROWNING achievement Emote in FORTNITE Chapter 3: Fortnite Chapter 3 is off to a solid start. The game has been receiving great responses from their respective fan bases and even bringing in new people. Recently it was revealed that Fornite’s new chapter and the entire island have been under their feet right along. Epic games just flipped things. Fortnite and the developer team behind the game have so much in store for their players.

The game has revealed and introduced a wide range of characters and new POI locations. There are new features like sliding and swinging along as well. Among many other features that were introduced in the new chapter of Fortnite. There is one single feature that we will focus on, in this article.

What is the new feature that is introduced to Fortnite – it is CROWNED VICTORY ROYALE. This is a step up from the previously casual Victory Royale, that has been in the game for the last two chapters. So what does the crowned victory royale mean and what does it give – we have the answers, Read on further to know more.

If you have achieved Crowned Victory Royale in the game, you will also be getting a brand new CROWNING ACHIEVEMENT to emote for FREE.

How To Get a Crowing Victory Royale

Ways to Get A Victory Crown :

There are two ways, the players can have a victory crown and both these ways are very easy to follow.

After winning in Victory Crown and moving forward and winning the Crowned Victory Royale. The players will unlock the emote. And the emote can be used on any outfit in  the game. It will show the players holding a crown with glow gold.