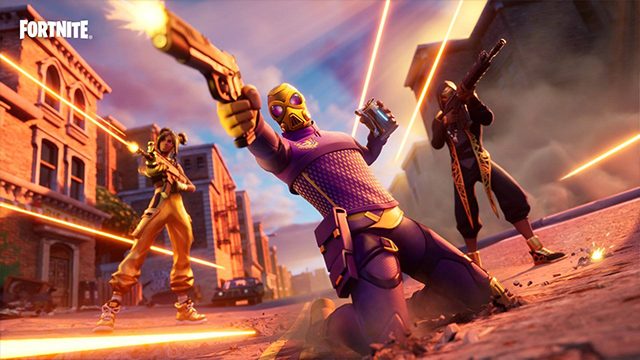 Fortnite Chapter 3 Starter Pack Release Date: For the past couple of days, Fortnite has been making the right noises at the very right places within the fan base. Chapter 3 Season 1 of this highly popular game, is bringing in viewers and players all across the globe. Thanks to its wide range of content and collaboration with many IPs and the icon THE ROCK himself. After opening the new season with close to 20 NPC characters, a brand new POI, a new game map, and many collaborations. Now it’s time for a much-anticipated starter pack to release in the game store.

The starter pack is usually not necessary for every single player. The major benefit of buying the pack is the player gets great skin and wide cosmetics that are designed according to the theme of the pack.

Starter pack for the brand new chapter 3 season 1 of Fortnite is dubbed and called as Voidlander pack. The pack leaked on the internet earlier before the released date. The pack brings in a lot of value for its pricing as well. To know more about the pack and its pricing read on further.

The data miners have found the pack in the game files. It contains new skin, a pickaxe and so many more.

What is in The Voidlander Pack :

Once the players have bought the void lander pack, they will be receiving 600 v-bucks. Which can be used in the game and can be spent on anything. The skin, back bling, and the pickaxe along with their skins will be available in the cosmetics section under the players profile.

IS THE PACK WORTH BUYING :

Generally, there’s a always a question whether the in-game released packs are worth buying. When it comes about the void lander pack, the money spent will be totally worth it. the Fortnite void lander pack is priced at a very moderate pricing of $3.99. For $3.99 and the cosmetics the pack offers, it is a steal and offers great value as well. If you are some one who plays the game very rarely , this pack won’t be worth it. But if you are someone who usually log-ins and does play fairly a lot- the pack offers immense value.

For $3.99 -the players will be paying for the v-bucks only and every other skins and weapons that come along are bonuses only.

And it is very important to note that – once the void lander pack is released , earlier released starter pack  -The Fallen Light Bundle will be taken off from the in-game store.

The Fortnite Voidlander pack will be available from the in-game store from December 13th 2020 at 00:00 UTC.