PUBG Mobile users have been facing an issue with the Security Warning Message in PUBG Mobile and BGMI. What exactly happens here is the game detects some internal changes due to which the game shows such a warning message.

Why is this Security Warning Shown?

PUBG MOBILE is banned from India since a long time ago but still, players are able to play PUBG using VPN. Later some apps came which use to make the game playable without VPN. These apps actually have some internal modification due to which you don’t require a VPN to play this game.

Many Of Player Using cheating material Like Mod Data, Paks File and many more. This is also the Games Terms And conditions.This Reason Players Got Security Warning in PUBG Mobile.

But this is against the Games Terms and Conditions and so they show such a message.

How to Avoid / Fix This?

Download PUBG from official Sources and don’t use any type of Injectors or Cheats. If this message came to you without any kind of misleading you don’t have to worry because it won’t harm your PUBGM Account if you are not guilty.

PUBG Mobile has launched a new anti-cheat action that bans players from exploiting the spectate mode unfairly. They say that gamers may use Spectate Mode utilizing two devices. In order to identify opposing players in the game and get an unfair advantage. With the new anti-cheat technology now. The spectator may see only what is visible to the current player and avoid. The viewer looking towards the enemy’s place. The creators also said that the “one-shot murder” cheat issue had been rectified.

Also Read – How to Download Map in PUBG MOBILE

PUBG Mobile has incorporated a new peer-review method to the spectacle mode. The developers on this website indicate that there are three different components in the Spectating System: host, game server, and viewer. Cheaters were discovered using two devices to find the opponent. 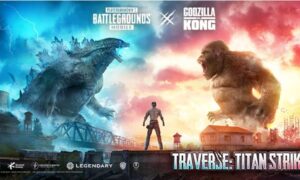 “Two mobile phones are used by the cheating user. The host will generally play the match and make the viewer cheat via an x-ray vision plug-in.” Now, in real-time, the game server determines if the host views the player.

Developers explain that PUBG Mobile cheats will not be able to manipulate game data since this new system monitors data in real-time. This “ensures that the proposition is secure and reliable,” states the post.

PUBG Mobile’s developers said in a press release that a persistent vulnerability that kills players with a single shot and flips their display has been identified.

Also Read – How to Fix Server Error in PUBG without VPN