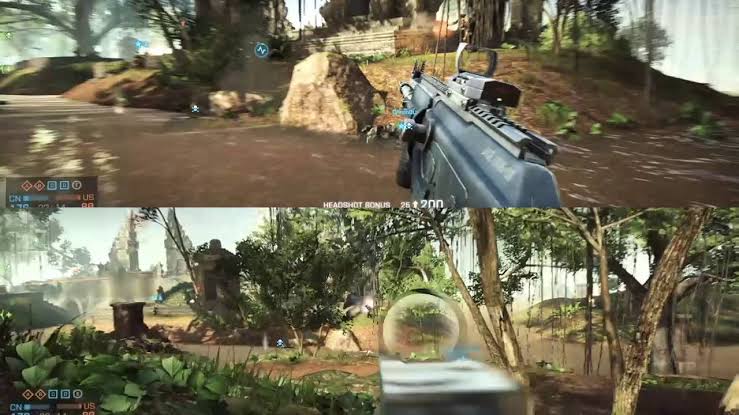 Splitscreen In Battlefield 2042: If you are expecting DICE to launch the split-screen feature. In their very popular game, battlefield’s new series is battlefield 2042. Them the simple and straight answer would be no. The battlefield never had such a feature and according to the official statement. By the games development company. It will never have such a feature in the future also. But we won’t make you feel bad. We have some other information about the game which may make you feel excited.

DICE the parent company of the game has shown some interest in the cross-play in the game. Battlefield 2042 but the thing is this feature is still in process. Or we can say under development and there isn’t much information about the same also. But we can expect such a feature to be launched in the game sooner. Players playing on different platforms can opt to play against each other in the game, for example, Players playing on x-box, pc, and play station. Can opt to play against each other in the match. Further, Some of the players felt bad about the disparities regarding the consoles in the game, and with this major update that would be long gone.

The catch here is that the players with x-box and the play station will be in the same lobbies. But those lobbies will be smaller than that of the pc lobbies and the maps on these lobbies would be smaller. Then that of the pc versions of the lobbies. But there is a plus point for those who lay their hands on all of the consoles. Or the platforms on which the game is available to play. On those players can enjoy all of the fun mentioned above. They are like hopping on different lobbies back and forth in the game using different consoles.

In a recent post, DICE has also thrown some light on launching some more features. To their all-new series of games. That will include vehicles and fully customizable load outs and they have also said that. More information will be provided on the EA live event. Regarding new features or the new launches which will be provided in the battlefield 2042.

As of now battlefield 2042 is getting a very positive response from the players. Expect from some of the players there is always some part of the crowd which is not fully happy with the new launches. Apart from that everything seems very good related to the new series battlefield 2042.

Also Read: how to Revive In Battlefield 2042