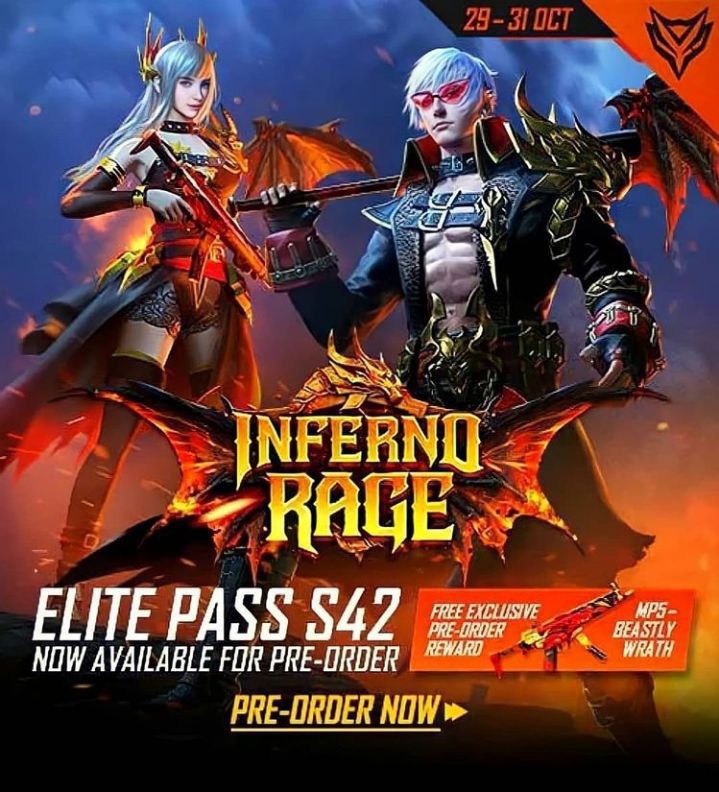 Free Fire S42 Elite Pass Inferno Rage: Free Fire is a very popular game in India as well as worldwide. People love to play this game. The developer company Garena has published the game in 2019. After that, they never turned back. They handled the game very well.

The success behind the game is the frequent updates to the game that developers provide. One of the upcoming updates is about the new Season S42 Elite pass update, Inferno Rage. It will available for preorder from 29th October to 31st October. Surely the current season S41 is going to end within 4 days. Are you excited about the upcoming season? Let’s discuss in this article how you can preorder.

Free Fire is one of the most popular battle royale games currently worldwide. One of the main reasons behind the success is that developers of the game provide several updates to maintain the interaction between players & the game. One of their monthly updates is Season 24 Elite Pass update.

Elite Pass is an upgrade of Battle Pass with the help of diamonds. It is a monthly event that helps players to get expensive items, weapon skins, outfits at a cheap price. So the upcoming S24 Elite pass-Inferno Rage is coming in preorder, we must know how to do preorder S42 Elite Pass & what is the procedure. Let’s see some details about that.

The upcoming S24 Elite pass you’re going to preorder right now. The current Season Pass will be available for 3 more days. From 29th October to 31st October, 2021- 3 days are there to preorder the Elite Pass.

As a result, the Elite pass will remain throughout the season. So no worries.

So this is how you can preorder the S42 Elite Pass in Garena Free Fire. This method will also work in Free Fire MAX as well. Good luck to you for the next season.

That’s all about the preorder of the upcoming S42 Elite Pass. Stay tuned for more upcoming updates related to Free Fire.