Fortnite: Fortnite is a free to play Battle Royale game with numerous game modes for every type of game player. It is an online video game developed by Epic games.

Fortnite first release in 2017, thereafter the game saw many ups and down, the platform of fortnight are Android, ios, Xbox series X and series s.

It uses shells as ammunition and can hold 8 bullets. The combat shotgun fires 10 pallets in a spread and has headshot multiplier of 1-2x.

The combat shotgun is a category of Battle Royale weapons. It is first introduced in patch 9.00. The last Adjustment made on the combat short gun is in patch 14.30 and hotfix 13.20.2.

As shotgun does not deal damage up to a long range. Therefore combat shotgun candle damage at over hundred metres.

It can induce damage of 100 minut only when the shotgun was nerfed to 50-60 metres.

In every Battle Royale game shotguns and snipers are the only weapons which requires single shot to kill enemy. The main difference between a shotgun and a sniper is shotgun is used for very few range combat, while Sniper is used for long range kills. Also a shotgun can fire many Bullets in a single shot while snipper can fire a single Bullet in single shot.

We all know that The Automatic hit scan shotgun is one of the best weapon in shotgun category in fortnite. It is most widely Use shotgun in Fortnite. But with the release of this new shotgun everything may be gonna change. Now its depending upon the time that weather Hitscan continue to number 1 or replace by some new shotgun added to Fortnite Recently.

The Combat Shotgun was Unvault, in Patch 14.0. Combat Shotgun is replacing the Tactical Shotgun in Fortnite. Though Combat Shotgun  was not as much overpowered as before, the damage was nerfed to 50, 53, 55. Also the  fire rate decreased to 1.7 and magazine size became 8. 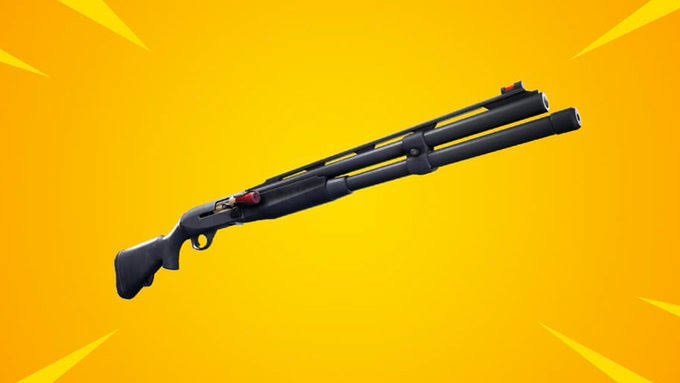 The Combat Shotgun has been vaults once again with Patch 15.00, replaced with the new Dragon’s Breath Shotgun.