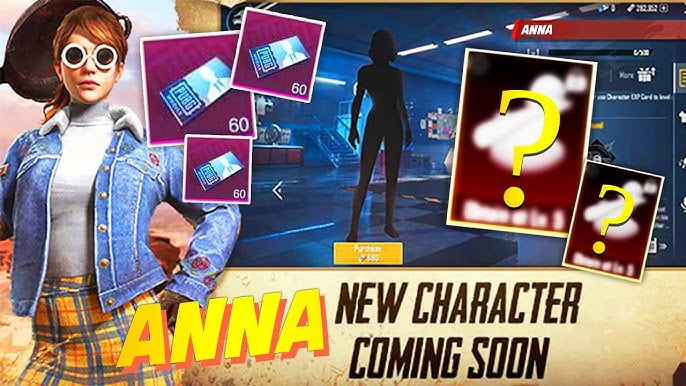 So guys after the wait of 1 year finally the new character is coming in PUBG. You guys just have to wait it for the upcoming update and this character will be in the game soon. With the name only we are unable to predict anything about this character currently. But definitely this is a female character. I am just character is going to you have the different fan base. When will tried to find out the background story of the character we find it interesting.

From the background story, we know that Anna is from Australia. Her father is an investigating officer. Means he used to investigate about the illegal activities going on the an island. Her father exposed the illegal business of the illegal company e on the same Island. But while investigating this case the investigation suddenly stop and father lost somewhere. He left one notebook and this notebook is very precious thing after an Anna.