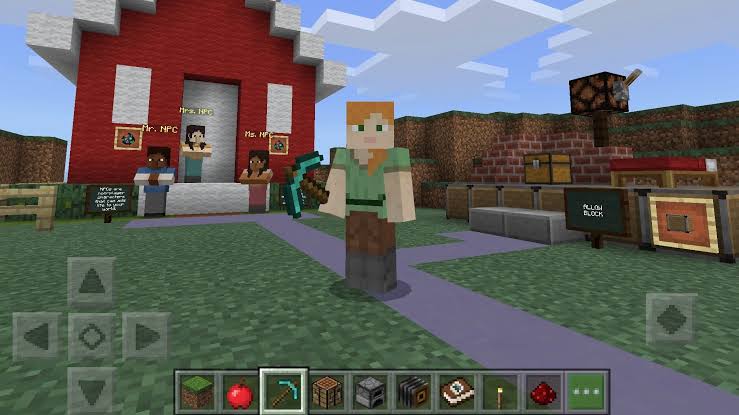 MINECRAFT EDUCATION EDITION: We all know about the computer blocks game which goes by the name of Minecraft. We all have played it once in our lifetimes. Now the game owners have taken the game to a wholly different and productive level. I would say I am saying such a thing because productivity refers to that activity whose result will bring something. Which will result in growth. Of any kind and what is greater than the education itself its the root of today’s world more the education. More the knowledge, as a result, more will be the individual and overall growth which comprises of all the types of growth.

Minecraft has launched a whole new education-based gameplay. The education edition has features. That are specially built to provide learning environments. To support collaboration assessment coding and more. The main focus is to provide assistance to education learning through gameplay. There are about 600 aligned lessons to engage students’ interest more in the curriculum.

Minecraft has provided such a platform to the students. Or we can to the Minecraft enthusiasts. That the whole course work covers a variety of things. Which are having a very great emphasis in the education industry nowadays for example; STEM, Coding, SEL, History, Language Arts, 21st Century Skills, and many more.

Minecraft is been there for a very long time and its followers are obsessed with it. People all over the world and have been following the game. Since the very beginning of the game. Minecraft is a game that brought many ideas. In the minds of the players playing the video game. After all, it’s just the game. In which you can make anything out of the blocks. And from that people have been showing their creativity. By making different things out of the blocks. Minecraft has gained so much potential in the market of gaming. That it’s spread all over the world every single one of us has once for sure played the game. In their childhood and I am pretty sure. That some haven’t left it since childhood. Adults have also shown a massive interest in the game of blocks.

By making things out of blocks at a different level. Out of the box now the Minecraft is not only limited to the computer itself. It has gained its roots in the real-life also and, as a result, people have been making things with the blocks at a different level. No one has ever thought about doing it. After all, it was just a game and should have stayed on the computer only. Where it begins but that’s not the case anymore. The franchise has been taking things to the next level. For a very long time. It would be no surprise to the readers. That the people have been making new world records by making surprisingly big structures with the blocks.